The horror, jungle and some more

This spawn of Yog Sothoth is rougly egg shapped, bigger than barn, kind of centipede monster covered in tentacles and mouth. On top he has old Whateley's face.
This is my first attempt: 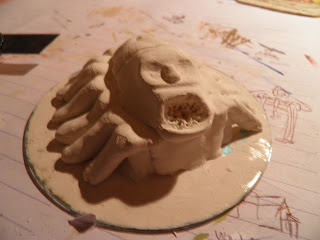 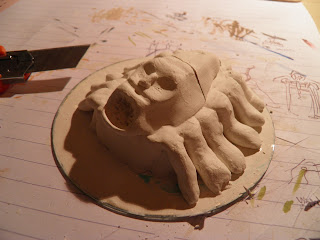 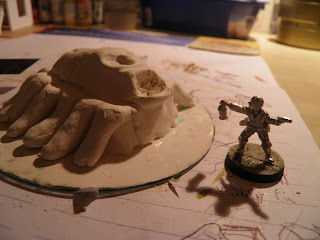 Later I've figured his face could be upright...I don't know why I automatically thought it'd be shaped as an egg in laying position. So, because it was also way too low (see the scale picture), I've cut the face and repositioned it. This is where I am now: 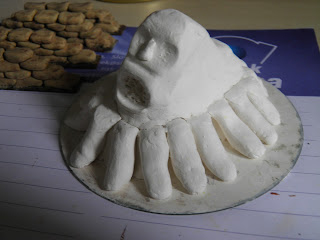 One day, when the mojo strikes, I'll slowly start reshaping his legs, one by one. Then I'll cover him in tentacles and some eyes and so on. I hope he will be joined by his twin brother and his mother, I already got hasslefree's old man to be his grandfather .P

I've also finally took the time to paint the sand bags I've made eons ago: 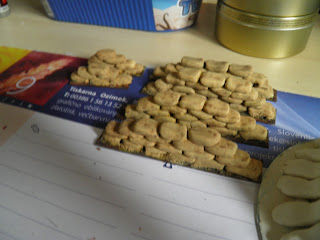 And I've put some plastic plants on my jungle terrain bases. It needs flocking, which I still got to buy, as I only got the "straw" color. I will flock them all at once then, as it produces quite a mess. 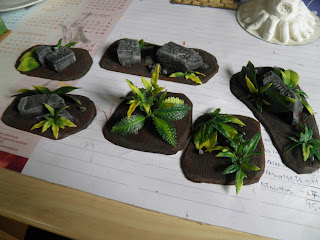 Lastly, I call my dimensional shambler done now. I will put some sand on his base and paint him now: 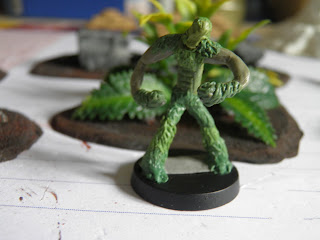 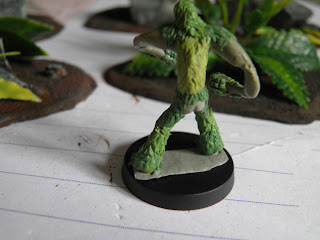