I have honestly been working on more fantasy miniatures for a while, but then got preoccupied with other non-hobby things and have then - as usual - dived in a whole new project. I started making model of a bunker.

Should you be interested, the type chosen is a "Small Object". If you imagine a typical Casemate on the Maginot line, this would be it's smaller brother.
Modelling wise, this is a square bunker with a round turret on one of the side. It has a single heavy machine gun mounted in one of the sides. I decided to give this one a try because it's very, very recognisable and somewhat simple, without any odd shapes. 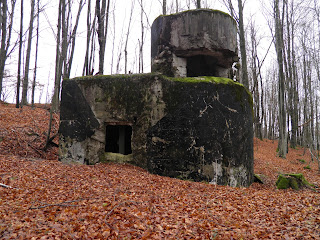 Strangely, I was unable to find many good sites on the internet about this kind of builds, but there are some people around that are making (mostly) Atlantik wall bunkers and some even actually make a wooden scaffolding and pour the concrete in.
I, however, went with the simpler approach and simply cut the general shape out of an insulation foam leftovers. I found a decent scale calculator online and set for a 1:48 model, which could potentially be used in 28mm games. 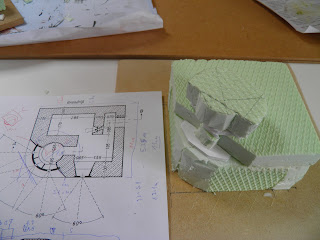 As you can see, my enthusiasm for precision work was abandoned very early. 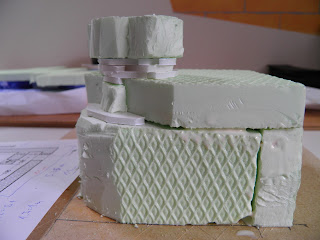 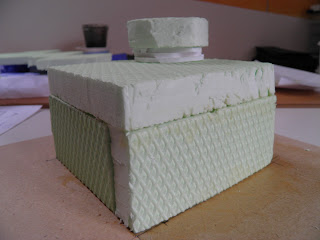 After the general shape was constructed, I realised I am missing the protective heaps of earth around the bunker. The bunkers in my area were not dug in as the Blitzkrieg caught up with the construction workers, but I think having some earth around it adds to the visualisation.

Then it was all covered in plaster. Two or three times. 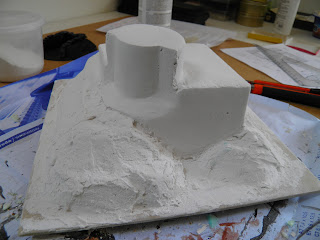 Back view with the entrance: 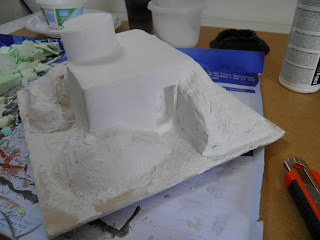 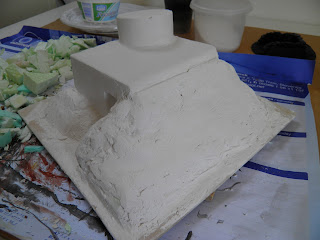 Yes, I do realise the earth is way unnatural. I plan on making another model in 1/100 where I could make the surrounds more natural and possibly put more types of bunkers on it for the sake of presentation. 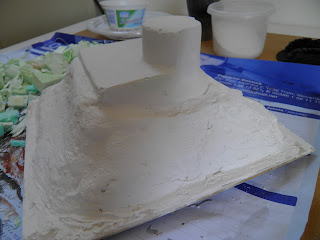 When I got bored with plastering and sanding, I decided to give the model a coat or two of - and this is very important - cheap black paint. 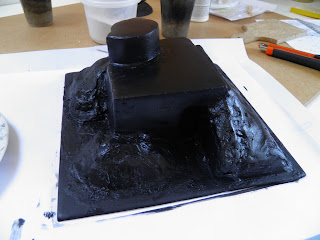 Main weapon, a HMG would be mounted in the wall below: 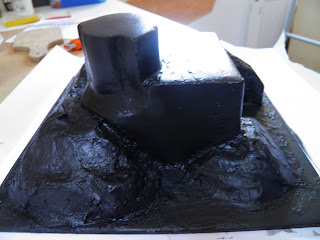 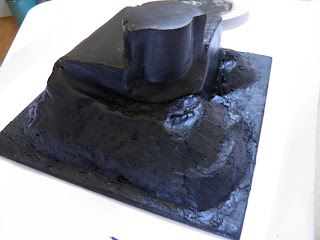 There was a slight problem, however. I have intended to make further adjustments to the model after painting it, and when I've started scraping it, the paint peeled. I presume the bad paint quality, paired with thick coats (my bad!), that were put on before the paint fully dried (my bad!), with the added fact that the model was still dusty because of the sanding (I know!) had a lot to do with it.

I will show you the photos next time, but lets just say I've spent quite some time peeling the bugger off. The result was actually fantastic, as it gave bunker a bit of the "rustic" feel to it - but to no effect as it will be painted over.

More about it next time!