Where are all the posts now?

I finally managed to break a radio silence! When I started working on my blog I had a fantastic idea of blogging two times a week, which was then downscaled to realistic once per week and by now to an irregular posting that started to annoy me.

I have great ideas for games, but the problem is working them out. I need to work on terrain, which somehow doesn't appeal to me at the moment for various reasons. Apart from all the fantastic ideas I shouldn't get into (WW1, Fantasy to some extent, Medieval...), I would really like to carry on with my moderns campaign. By lowering my expectations a bit, it should be doable.

As the Zabadak Joe mentioned, I managed to escape lovely 30 degrees we had in Slovenia to visit England again this year (yay!), mainly to participate in the excavation of WW1 training site near Durham. I was a bit disappointed in English summer at first (especially on the day that we had 10 degrees!), but I wish I was there now that I have been roasting at 35-40 degrees back home for two weeks since I came back. We were excavating a large house that was offered to 18th Durham Light Infantry Battalion for training purposes. The house was eventually found too small to house all the soldiers, so additional huts were constructed on the premises and there were even practice trenches dug. We didn't manage to find the latter unfortunately, but excavating the remains of the house proved to be just as - if not more - interesting. I was working on a part of the house shot below, my "personal project" being the stairway to the cellar. The shots are from last day, so it is a bit hard to imagine, but the stairs were burried in rubble. Should you be interested, we found a lot of animal bone, nails and some pottery in the rubble. From the finds certainly belonging to the WW1 soldiers, we found a (!) part of the heel of a military boot (period). There was a lot of remains from Victorian era, however, so while it was not what I expected it to be, it was still a fantastic experience, but I do hope to get a chance to dig on a proper WW1 site in future. 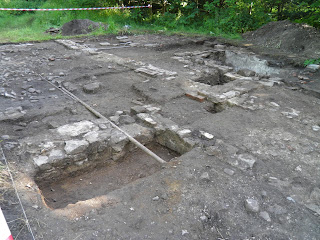 I am forced to  mention that I starred in a local newspaper article. Apparently everyone loves the idea of international cooperation and no matter how British I wish I act, the way I speak is always a bit of a give away! 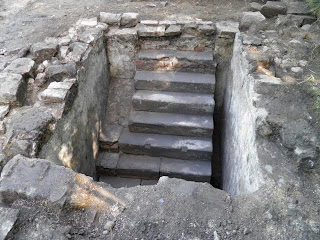 As I was "in the area", I prolonged my stay to stay with Joe for a few days - Thanks again! I even managed to persuade him to take me to Scotland (yay!) and while I only just made it across the border, it is a step further up north from the last time I was there. 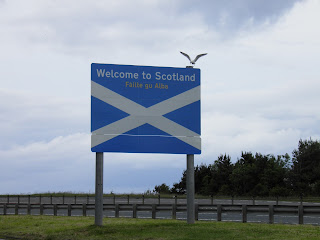 The real gem that day was a visit to Berwick, a lovely border town with very well preserved
renaissance city walls (and best fish and chips I ever had!). 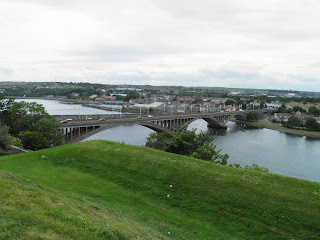 On our way back we stopped at the area of Dunstanburgh castle, mainly to hunt down the pillboxes in the area. As it turned out, the accurate maps and directions I had with me turned out to be...less helpful. We did find what we were looking for eventually, which is good. The bad thing, however, is that this is also the point where screen on my camera broke and from here on, my photos were all shot blindly. 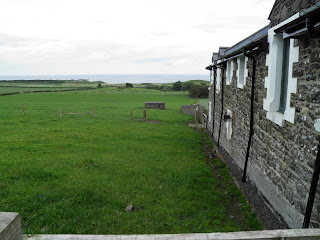 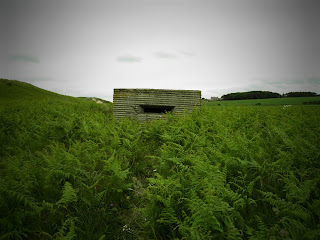 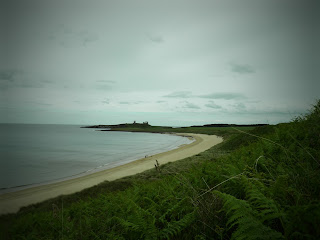 Some anti-tank cubes down below: 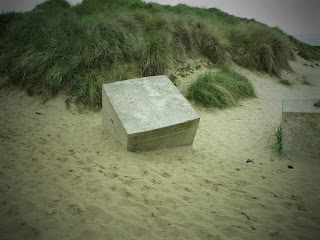 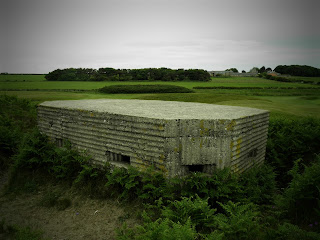 Later that week Joe's son put a game of Saga up for us. It was a game set in the age of Samurai, which had a nice feel to it and what Joe forgot to mention is he absolutely shattered me. Fear not, this is how most of my games end, so I barely noticed it!

I also managed to visit Vampifan Bryan, albeit just for a day and we played a few games Super Dungeon Explore. I have no photos unfortunately, but I can tell you - it's a great game!

Afterwards I went to Durham again, so here are some awful photos of that. While I did climb the tower and enjoyed the view, what I really liked was their LEGO cathedral. By paying a pound for a lego brick, visitors can help construct it, which is a fantastic way to fund yourself. The thing looks fantastic already, and it still has a long way to go! 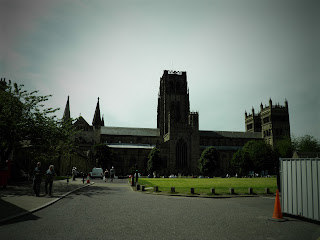 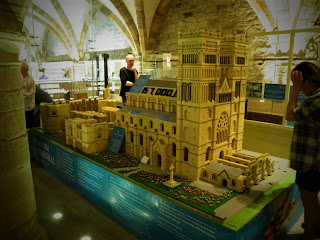 I also go a chance to meet with Squeaky Pete again, my go-to man for military history chit chat!

I came back full of enthusiasm and ideas, but unfortunately also a week late to an internship I got just before I left, so I am spending a lot of time working, catching up, working on my article, working on my new research idea and while I am bragging - I was filming a short part about local pillboxes for national telly today. All this leaves little time for hobby, but I am working on something neat for my moderns and I can't wait to share it with you.

Should all go as planned, I hope to play at least one moderns scenario every month to slowly get my campaign going. I have the next one all planned out, as I have the idea of how I want my moderns to be played.

I also hope I can put a bit more time into reading other people's blogs now - I do apologise for the lack of attention lately!

Thanks for reading,
Mathyoo