Deciding I lack houses I could use in both urban and rural settings, I decided to build two smallish box houses that could fit in both SA and Modern setting.

They were recycled from my "urban terrain tiles" I built years ago for my zombie town and never really used all that much - I only had them for 3x3 and they started wrapping. 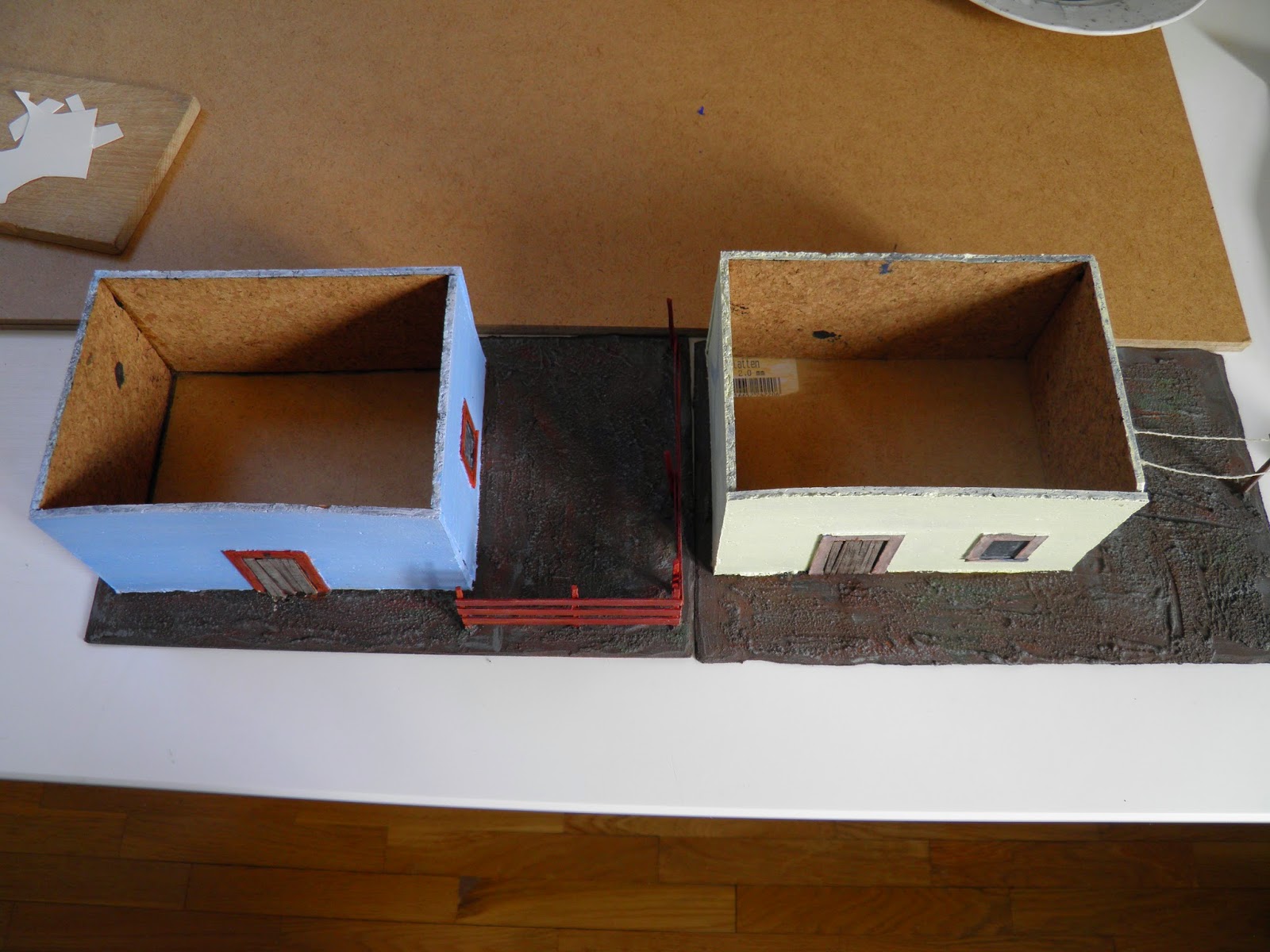 The design is simple and meant for an easy and fast building. I used slightly larger bases so I could add a bit of a yard to each of them. They have no roofs as I found out roofs to be a lot of hassle for little gain. They aren't used during game, but they do look lovely at the beginning. 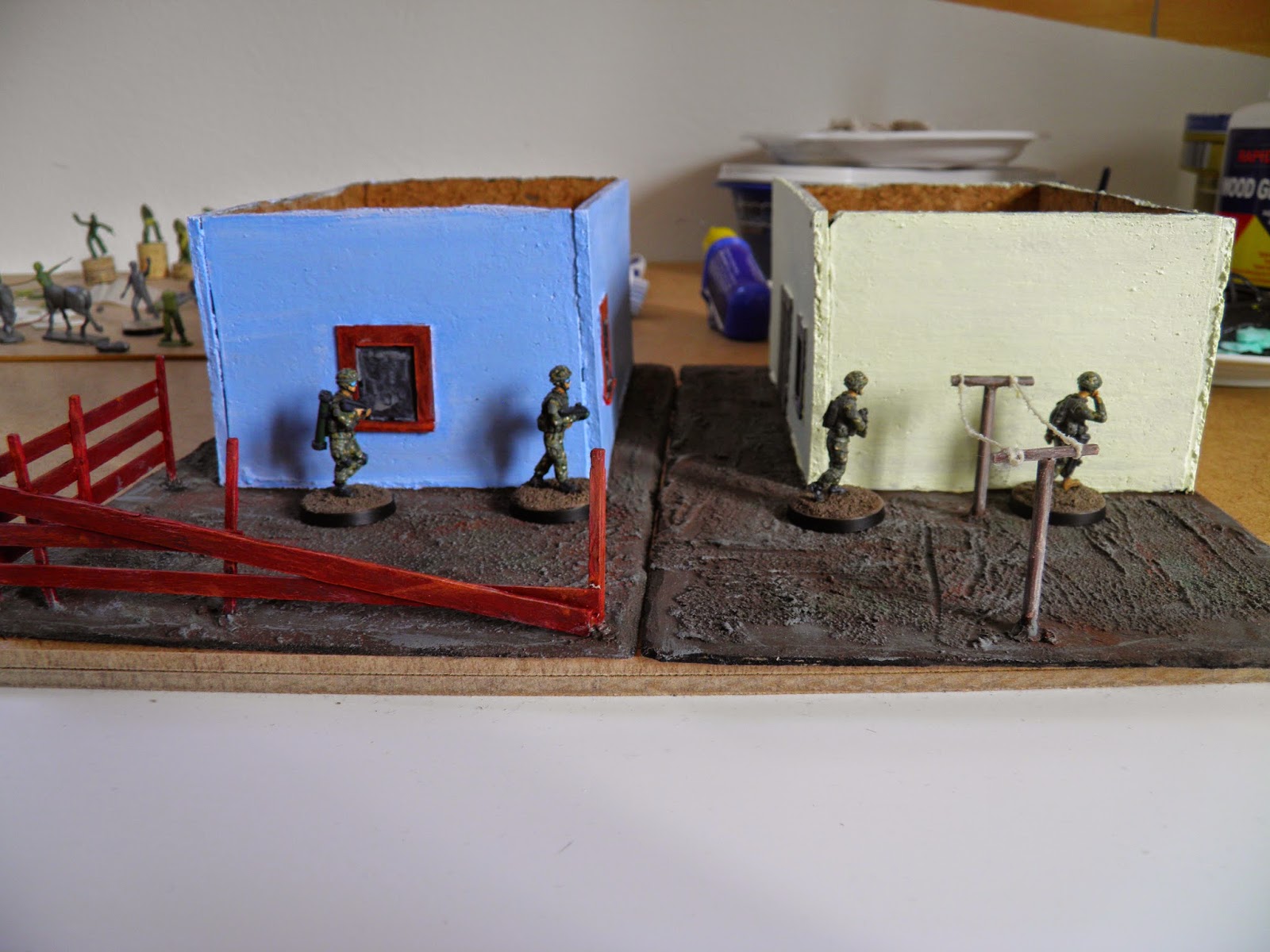 One has a broken fence and the other one a laundry rope, other than that they are both pretty bland. I was aiming for even whiter colour with only a hint of yellow/blue, but I am quite satisfied with them as they are.

I decided against cutting holes for windows and doors as they aren't REALLY needed and as they don't have separate rooms, windows look weird (as they do on my older terrain).

Also, if the two are put together there is a lovely alley formed in between: 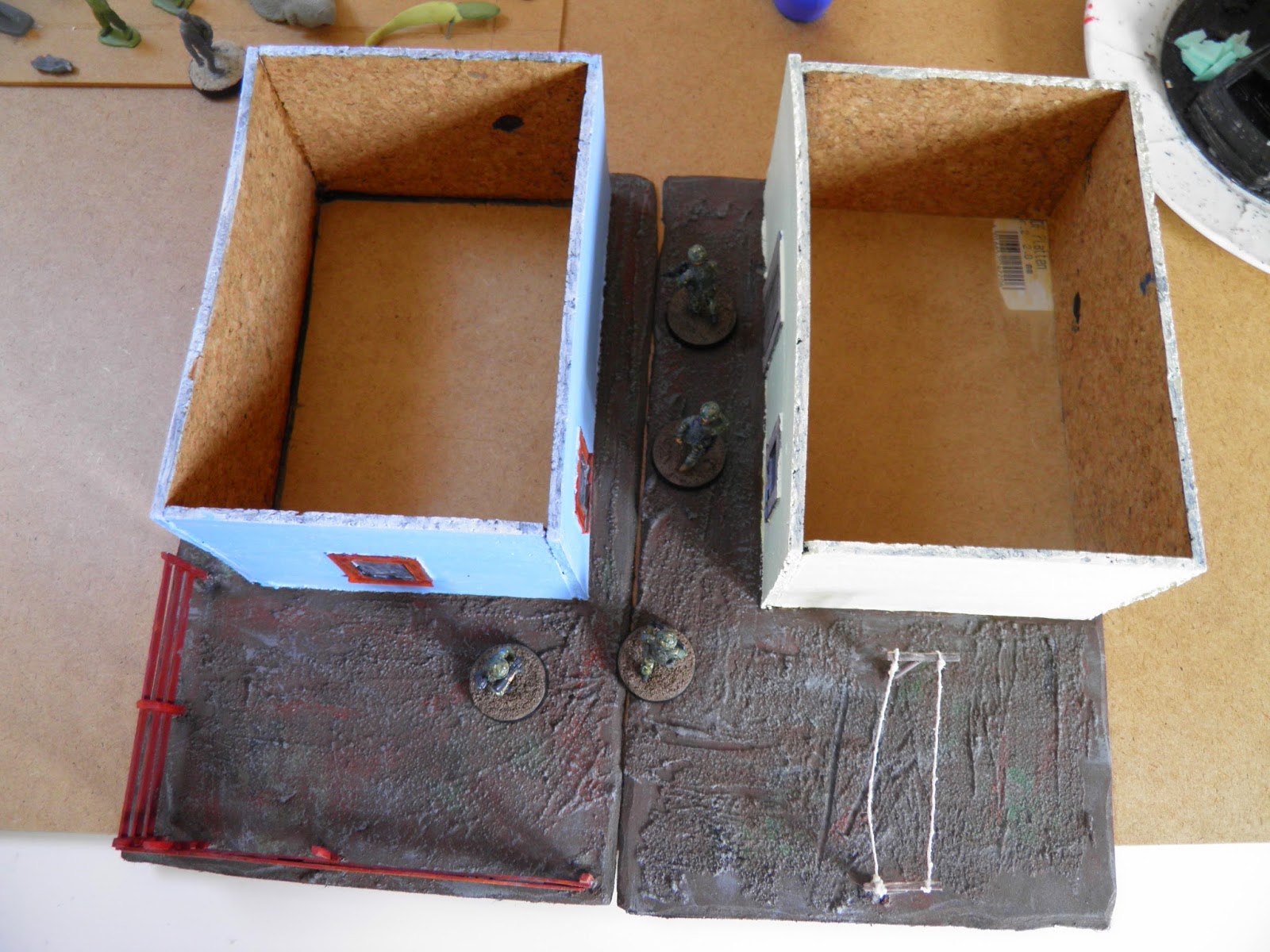 In other news, I started working on two technicals for rebels and I hope to play a game soon - I have so many soldiers painted now I'd love to use them some more!

Thanks for looking,
Mathyoo
Posted by Mathyoo at 13:48 18 comments:

It took me a bit longer than it should, but I finally have a JTAC prepared. Joint terminal attack controller, simply put, is a guy that calls in air strikes. All the communication between him and the pilot is always in English, no matter the nationality of either or both of them. 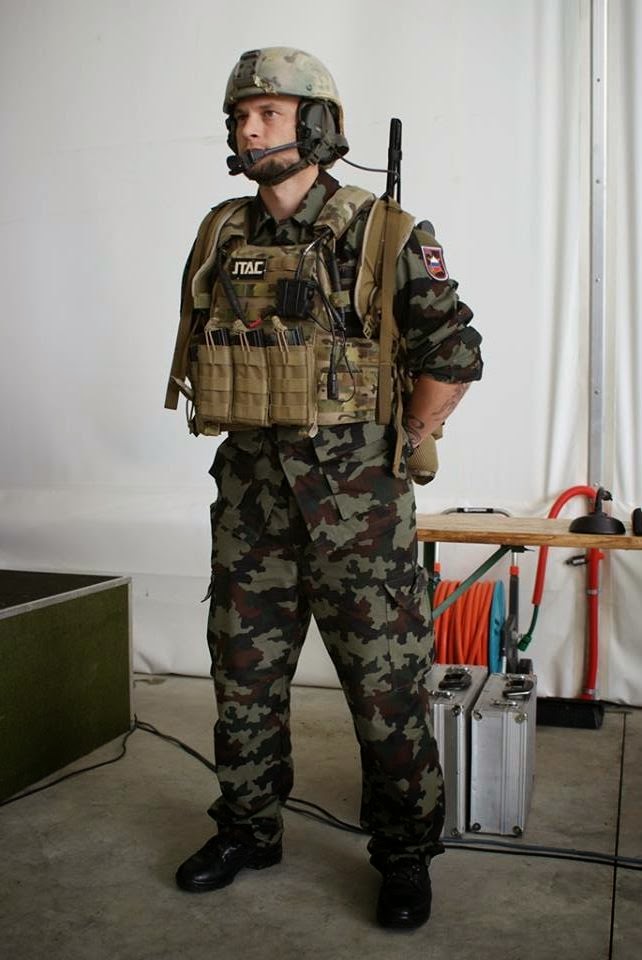 They receive a lot of attention here lately as SAF is trying to establish a regional training centre for JTAC in Slovenia. This is interesting, I suppose, as we don't have an Air Force as such, but just an "Air component" within the Army...and even those units are armed with Pilatus PC-9M Hudournik ("Swift", the bird) airplanes. 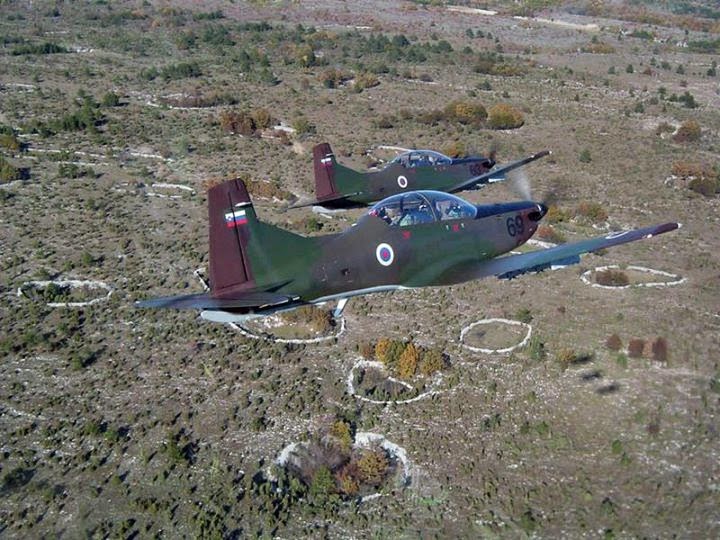 While they look like something that might have taken part in the Battle for Britain, Pilatus planes are apparently one of the best training aircraft you can get. Slovenia bought them early after the independence to train its future fighter pilots on them and when it was realised that jets are costly, they were simply armed. While they are used as such on practices for media, these planes can obviously not intercept an airbus and our skies are currently protected by Hungarian or Italian jets. Needless to say, there's plenty jokes going around about how we don't need jets as they "can't make a U turn without leaving the airspace".

To make me feel better,  I have to let everyone know that a "guns only" dogfight between a Slovene in Pilatus and American in F-16 took place few years back which the former won with 2:0. So if nothing else, these planes are good enough to keep the know-how and pilots trained. On the other case, taking the tanks out of operational use is making us lose the tankers and their experience.

So, from a gaming point of view, JTAC is a guy with a radio and I converted him from one. He can be used as a basic radioman, JTAC, Artillery observer etc.

I was quite gutted to find out I have misplaced the original antennae. It was really nicely done and I KNOW I put it somewhere to make sure it wouldn't get lost. So, I replaced it with a piece of solid wire. It's not as nice but at least it won't break easily. 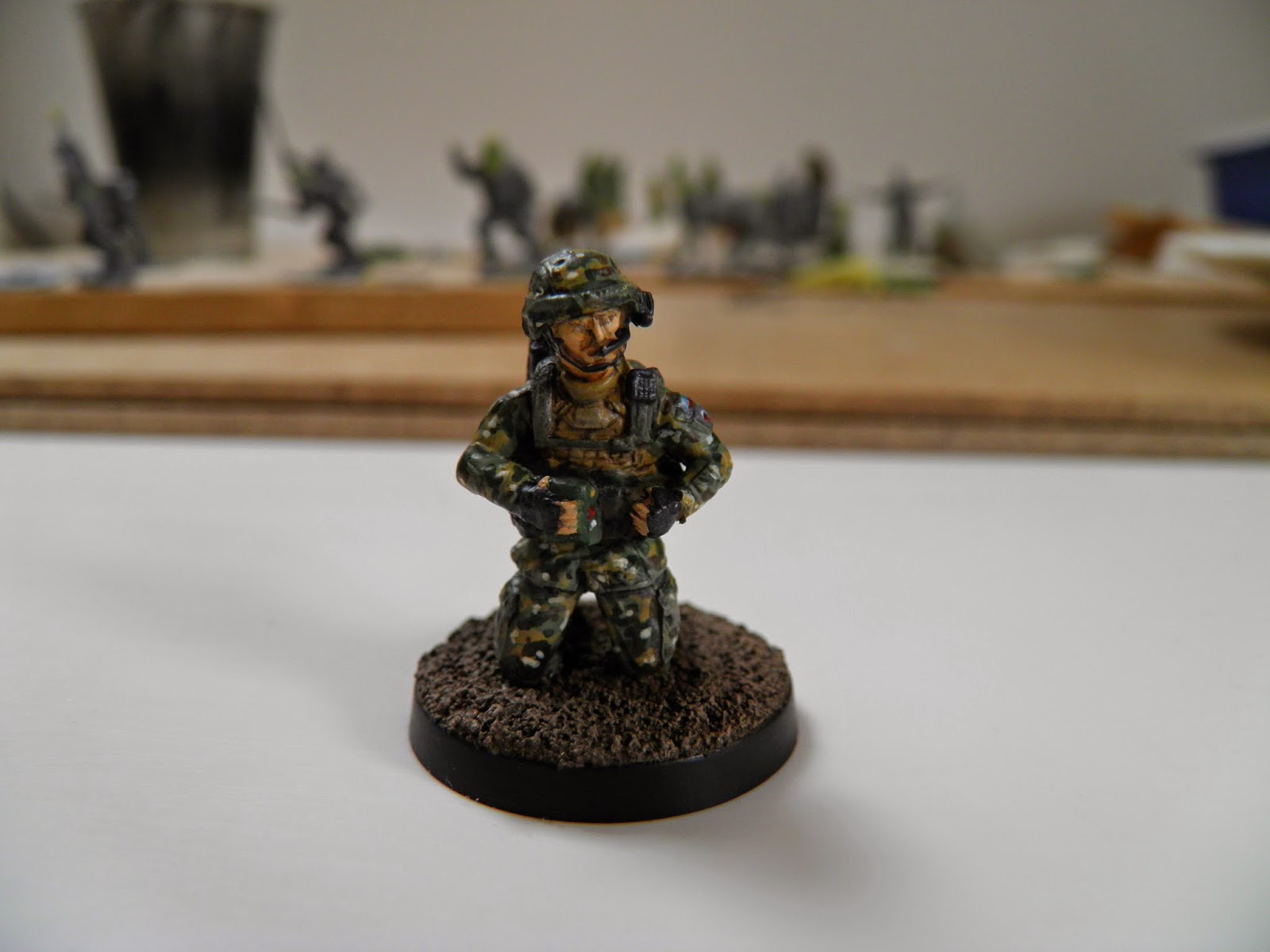 I also scraped off his M4 and, as his main job is to direct airplanes and not fire his rifle, put an F2000 on his backpack, while giving him binoculars. My first idea was to let him have a touch screen computer with a map on it, but working on that would be a bit complicated and had to satisfy myself with a locally produced binoculars with a laser pointer. 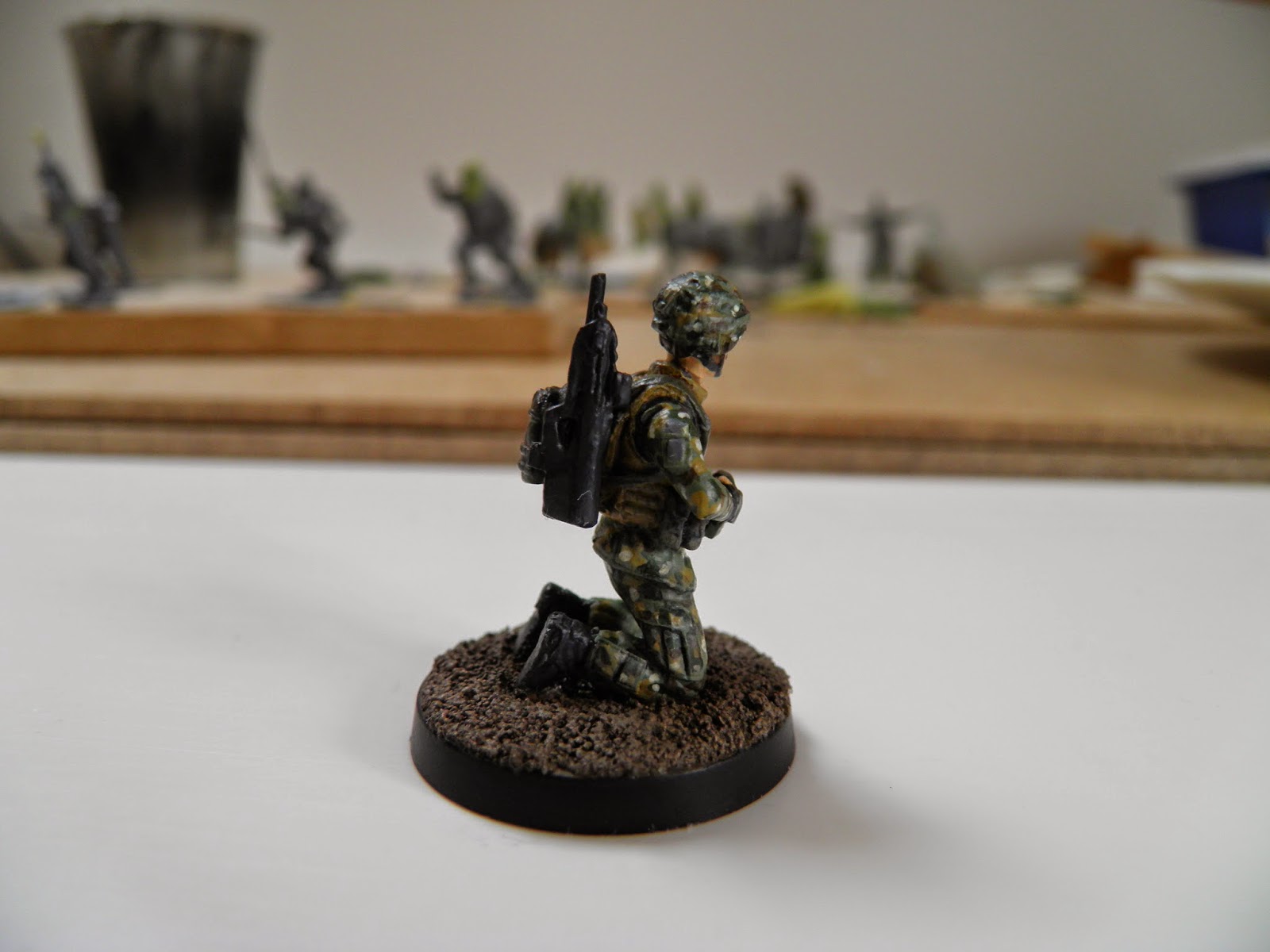 To make him stand out at least a bit, his vest was painted in khaki. I wish his helmet was not covered with a cloth, but as that would include way too much work, I just went with it as it is. 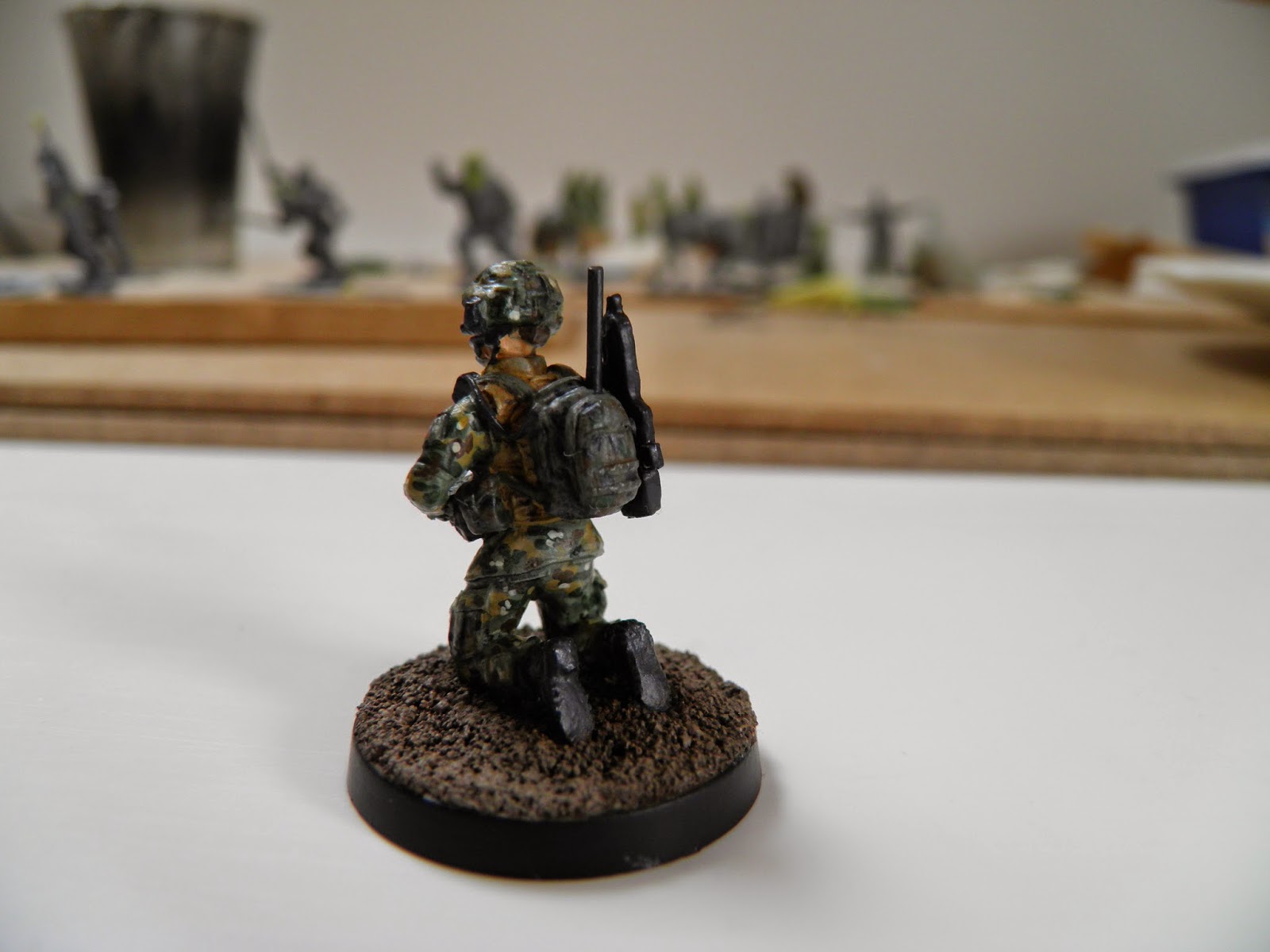 I hope to use him in larger games to call in some airstrikes and I am now trying to find a nice 1:144 aircraft or even a helicopter. I am sure the International forces on Evergreen Island have an Apache or two laying around!

Thanks for looking,
Mathyoo
Posted by Mathyoo at 14:01 13 comments: