Hello guys,
I played another game of moderns and I have to say I am quite enjoying the experience so far! Instead of playing patrol again, I decided to continue my campaign (without any repeating characters, may I add) from where I left it.

Following the attack on the International Forces during a patrol in Evergreen Fields, Slovene and EGA troops are tracking down the gunman that escaped into the jungle. A squad worth of troops dismounted near disused cemetery and ancient ruins. It is believed that the rebel is hiding somewhere in the area. He has to be arrested and taken into custody for questioning.

Available support:
A pair of Humvees transporting EGA Commandos team will be in the area to act as a quick reaction force if needed.
Bomb squad is on a stand by as a standard.

Expected opposition:
International troops have moved deep into the jungle, that offers good cover for rebel activity. Beware of possible ambushes and be prepared for a possible meeting engagement.
I will roll for insurgents' skill randomly on group basis (to make tracking easier) with 1-3 being militia, 4-5 fanatics and 6 mercenary. Insurgents will only appear on the board by a chance of event as per the event table.

Random events generator
I modified events generator from previous mission to better suit the area. IED attacks are not likely in the area, but there is a higher chance of larger enemy groups attacking from ambush. Search areas are possible enemy hideouts and are basically objectives (as buildings were in last scenario). I tweaked the exhaustion roll a bit to give the victim a chance to return to game.

Every turn a D6 is rolled - a roll of 6 means an event happened.
Roll a D10 for result:
1- Raid attack. D3 groups of D3+3 rebels enter the board
2- Civilians at the check point! A vehicle of D3+1 civilians arrives down the road.
3- AMBUSH!  A group of D3+3 rebels appears in a running distance of random friendly team. It automatically wins the initiative.
4- Next searched area is very suspicious and needs a closer examination (search lasts until 5+ is rolled on a D6)
5- One man army. Roll a D6. Roll of 6 a sniper, roll of 4-5 support weapon (1-3 RPK 4-6 RPG), 1-3 AR. Appears in  a random direction, fires a volley and starts running away.
6- Contradicting orders. Randomly chosen fireteam misses out a turn
7- A hidden stash! Intel suggests randomly selected search area is being used as a weapons storage. Investigate!
8- Mortar attack. Target is a nearest group (civilian or military) to a randomly selected search area.
9- Exhaustion. Randomly selected soldier passes out. Call for MEDEVAC and help him out. (Roll D6 after medic arrives, on a roll of 5+ soldier can't continue this mission and is sent off board)
10- All-out assault. D3+3 groups of D3+3 rebels enter the board

PREGAME:
EGA Fireteam used its vehicle to block the road, while Slovenes spread out on both sides of jungle in search for the gunman. Every yellow beam indicates a location to be searched (card is drawn every time a fire team comes close). To simplify things, if rebel is found without any other rebels on the table, he will not resist. If there will be other insurgents on the table, he might open fire and try to reach his friends.

TURN  1 - event!
With even being rolled for, I had high hopes for an action packed game!
Both Slovene fireteams moved out in the jungle. Fireteam Ankaran (right side of the road) has started searching around especially dense forest patch in case the gunman tried to conceal himself there.
4 was rolled on the event table.

TURN 2
Fireteam Bled swooped through their area and found no traces of the gunman. In the mean time, Fireteam Ankaran got bogged down investing their part of the area. 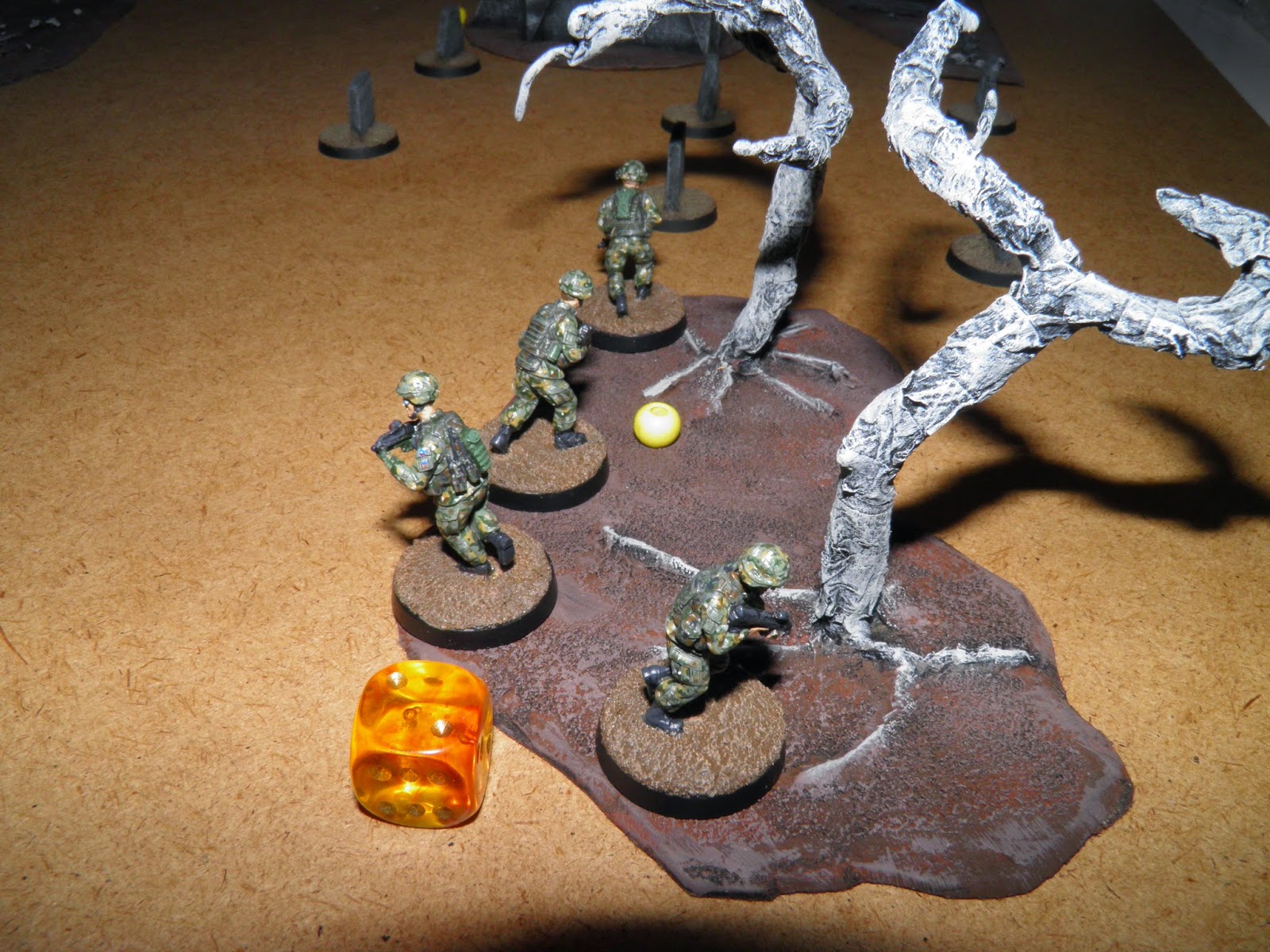 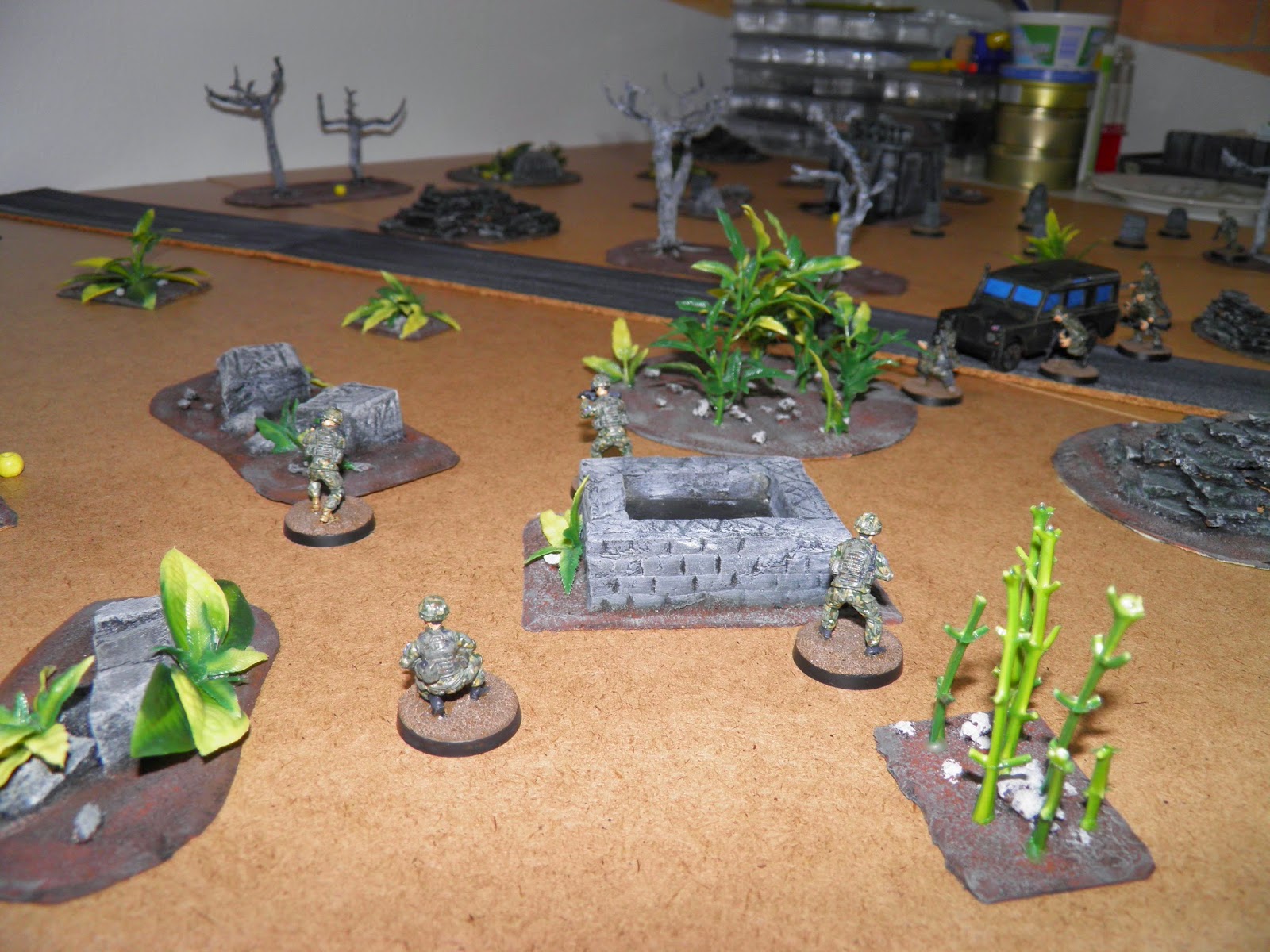 TURN 4
Team Ankaran ended the search of the area that bogged their progress without success, while Team Bled already reached an impressive piece of ancient ruins and started searching for possible hideouts. 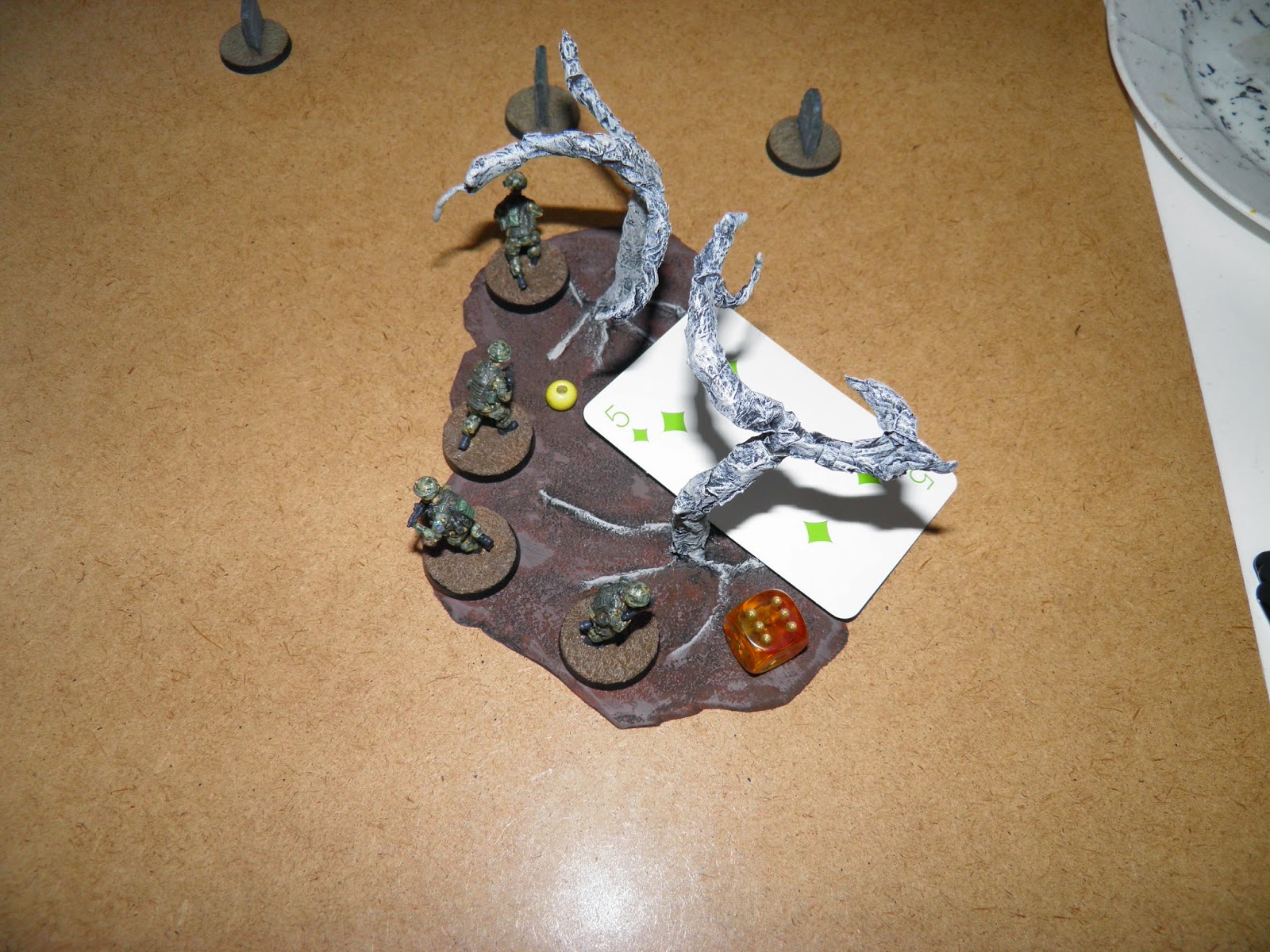 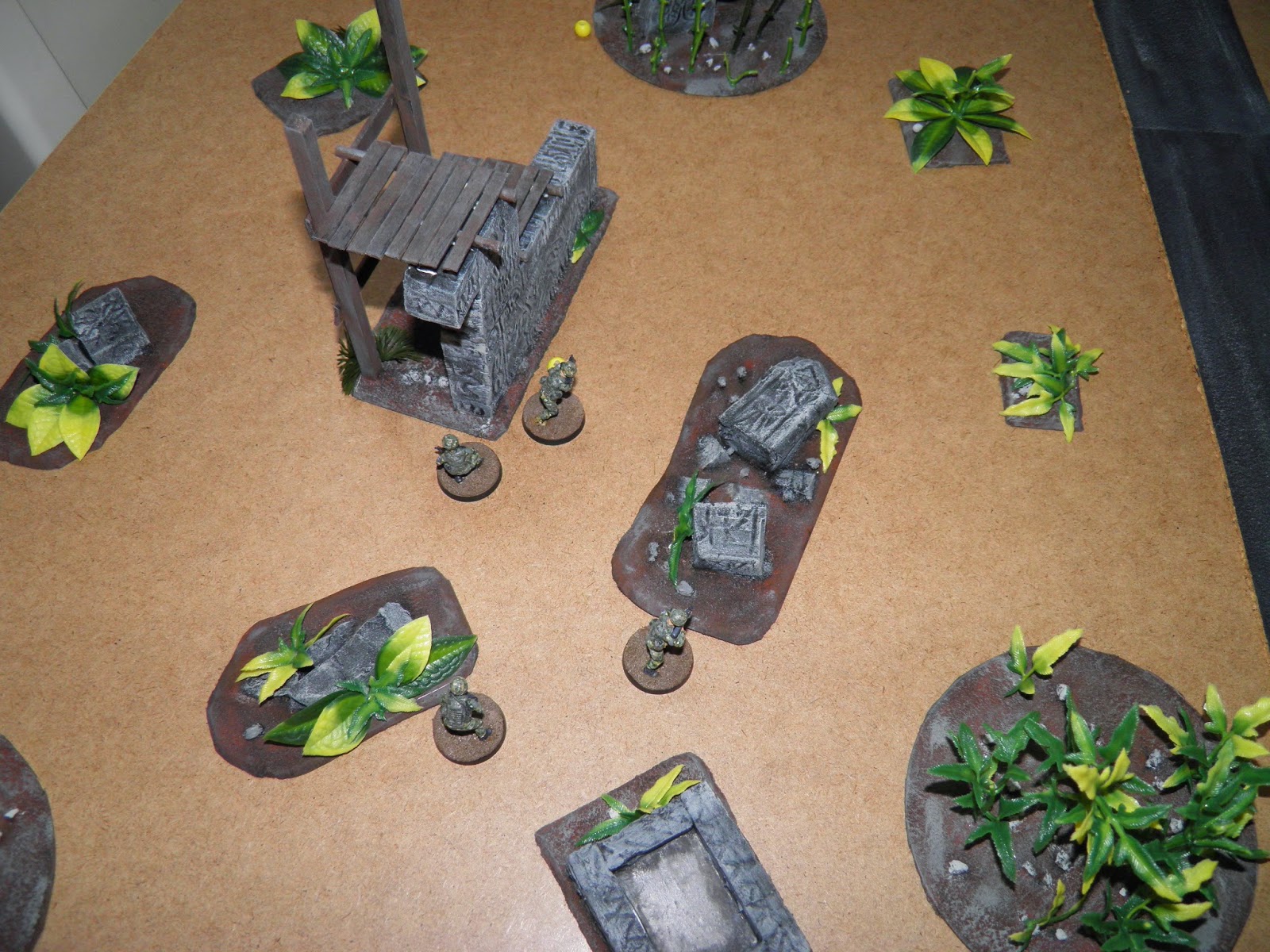 Team Ankaran pressed forward to search the cemetery, while team Bled was not successful in finding the fugitive yet. 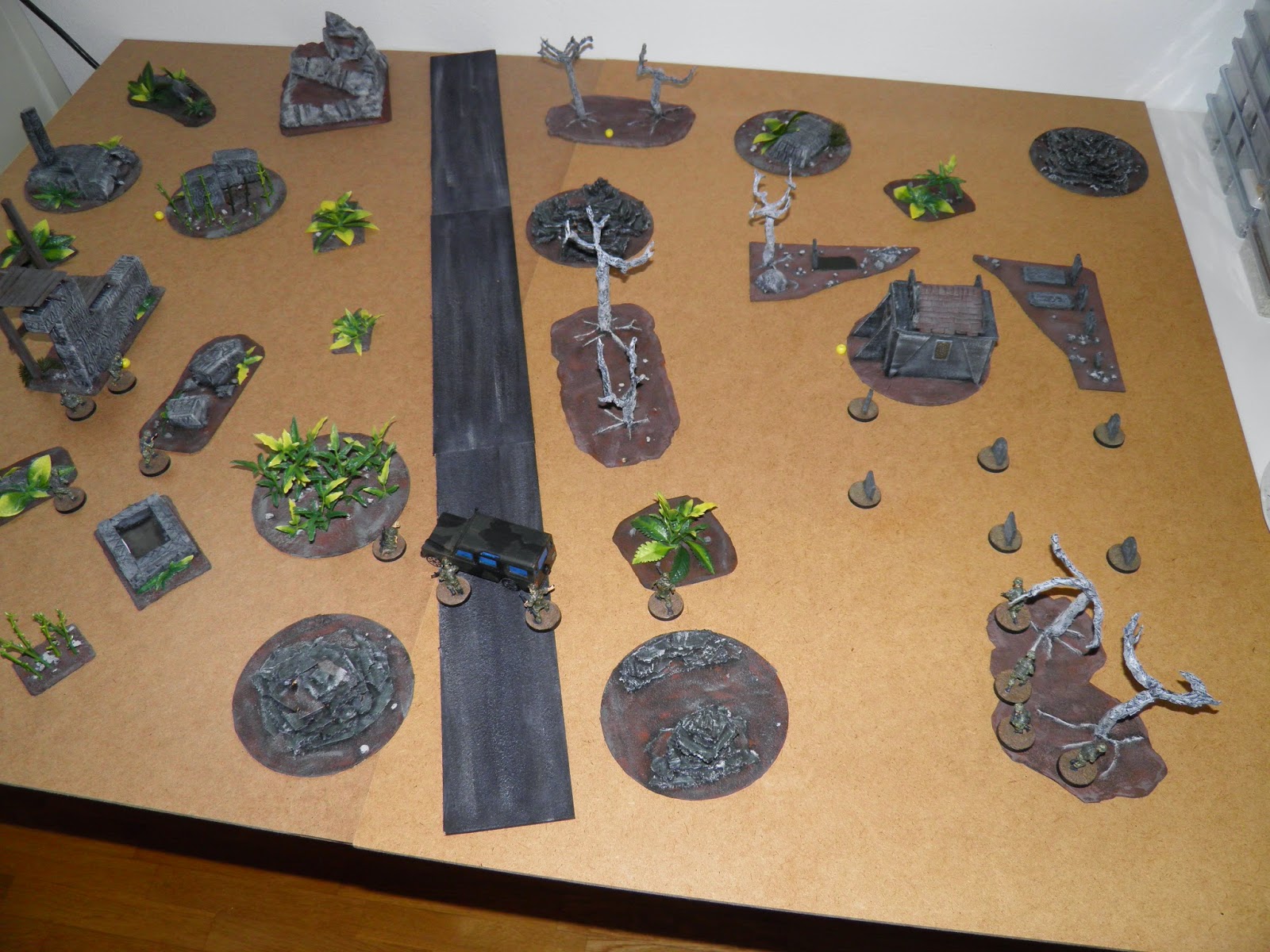 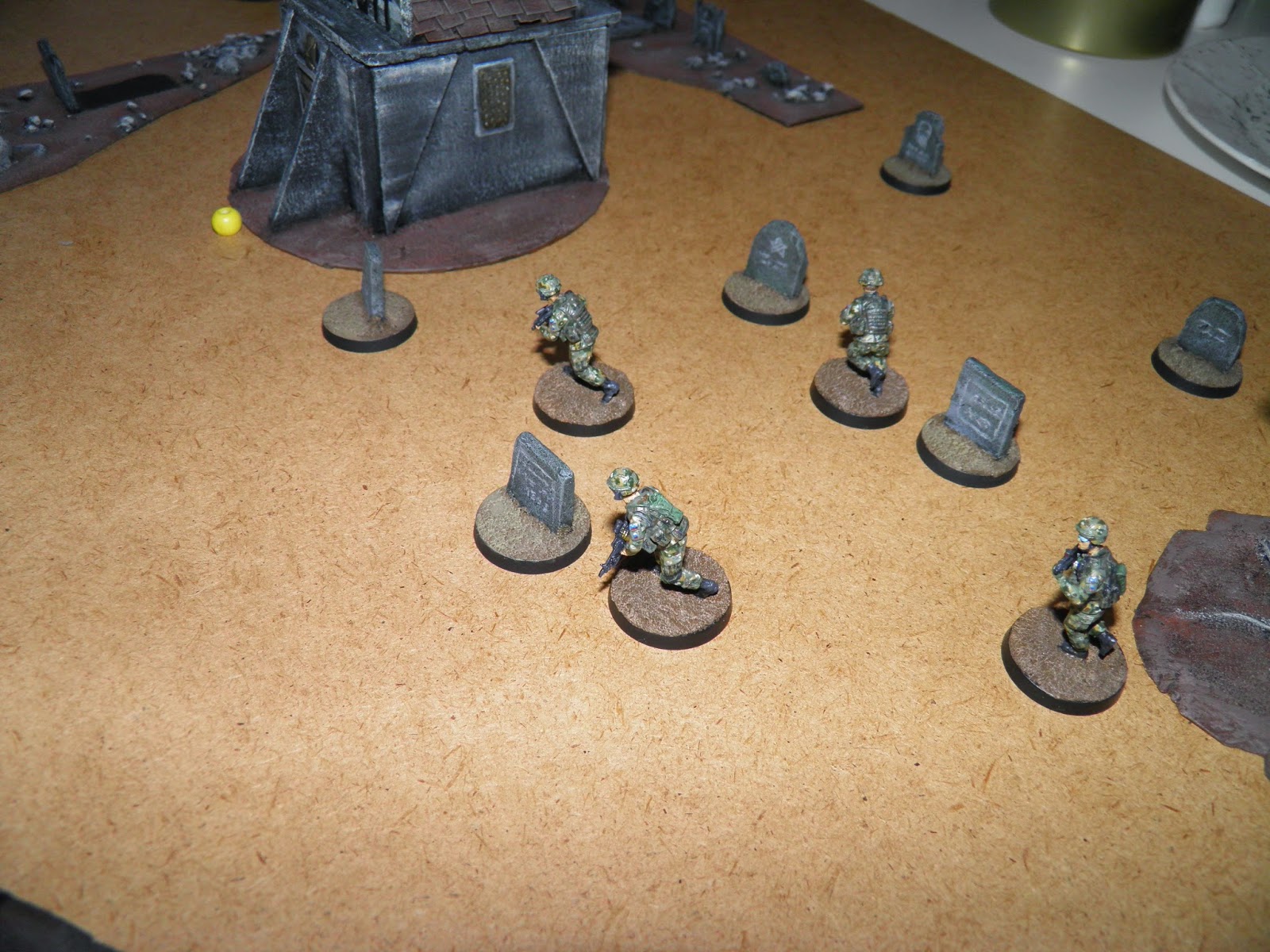 TURN 6
Both teams searched their areas and still haven't found the gunman they were looking for! 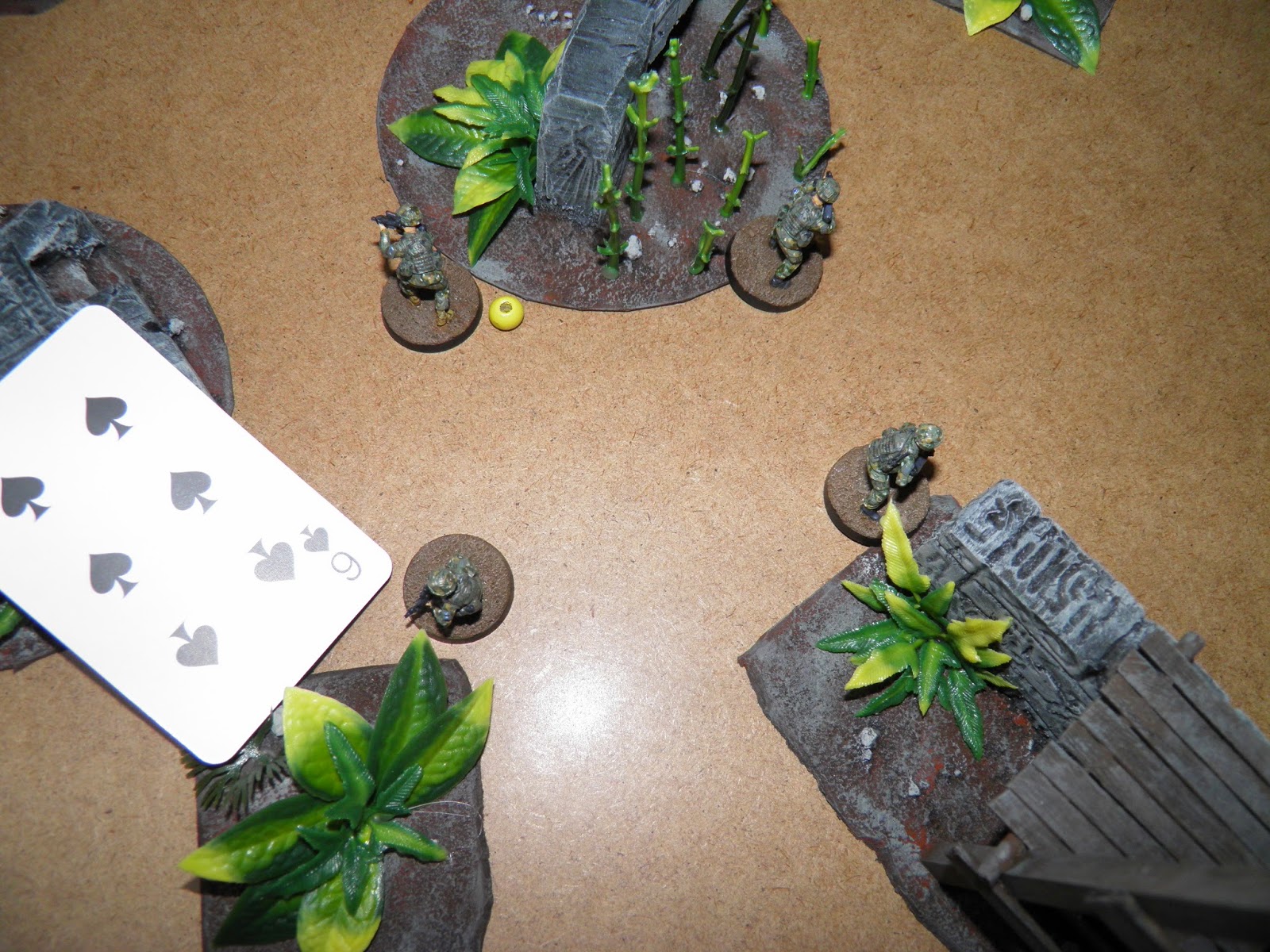 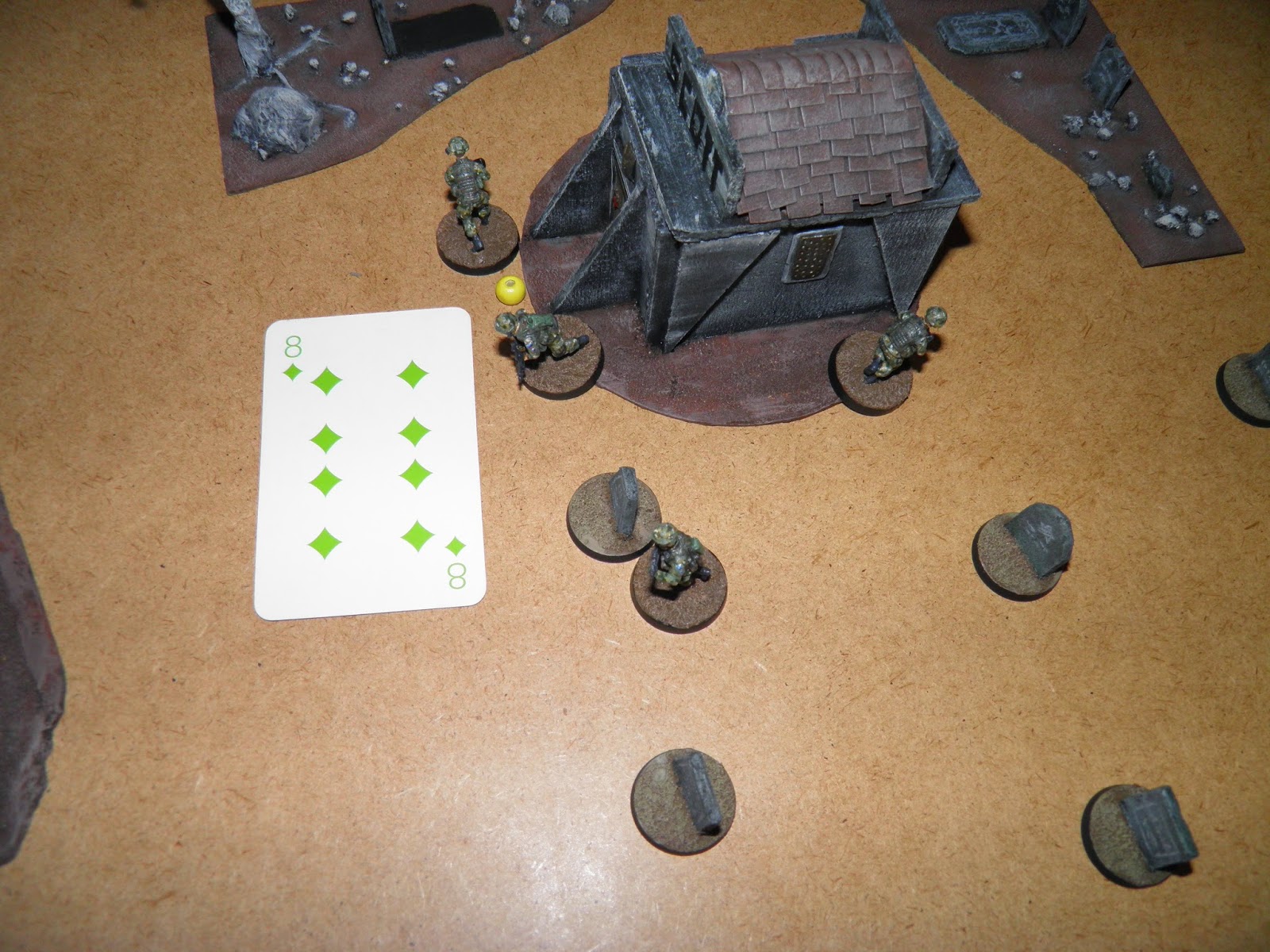 TURN 7 - event
Slovene fireteams continued their search, while EGA fireteam on the roadblock got some contradicting orders from the higher command and had to resolve that problem.
I rolled 6 on the event table and die roll determined EGA fireteam misses out a turn, which had no impact on game.

TURN 8
The search continues without any incidents and both teams push further along the road. 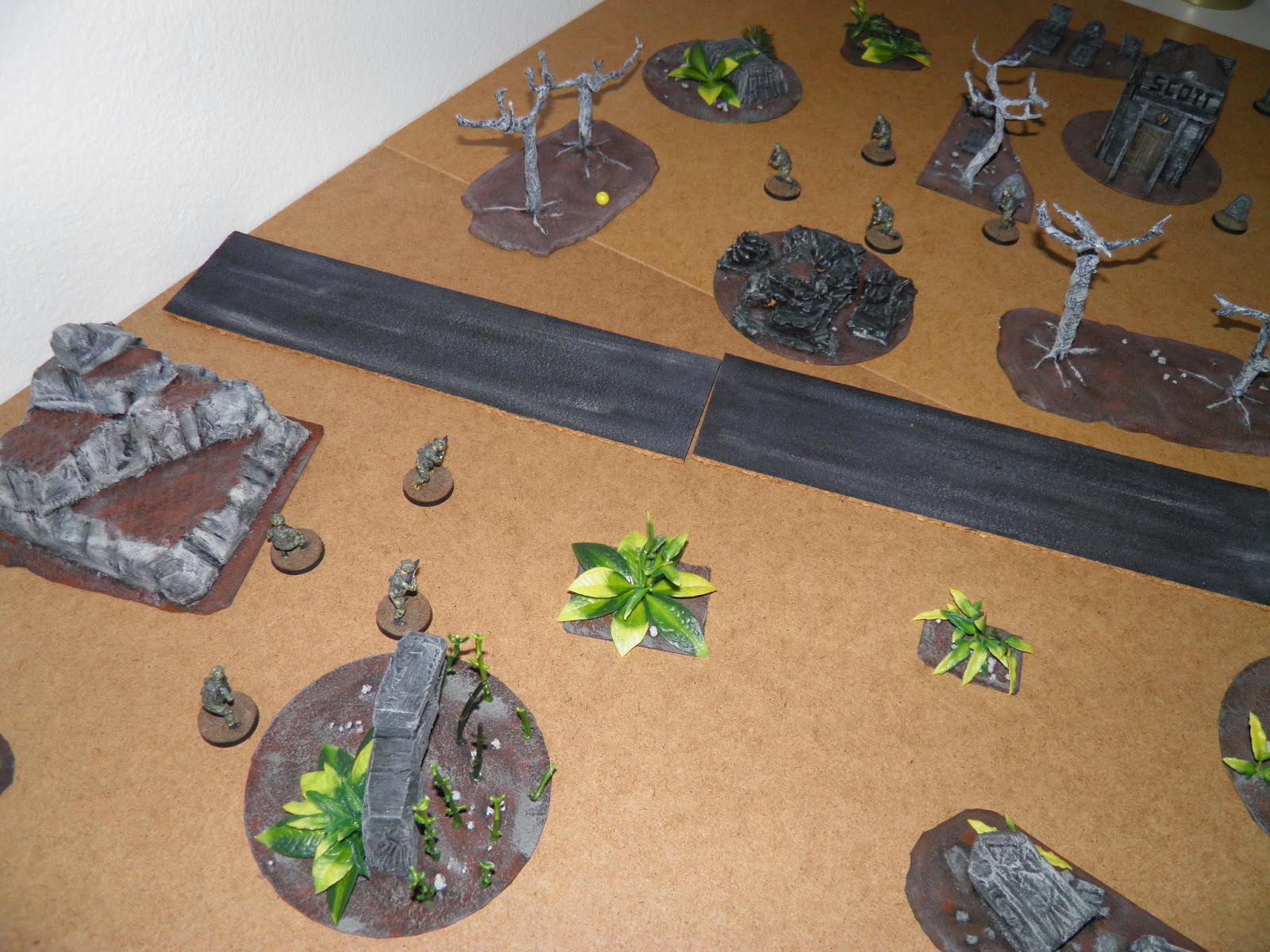 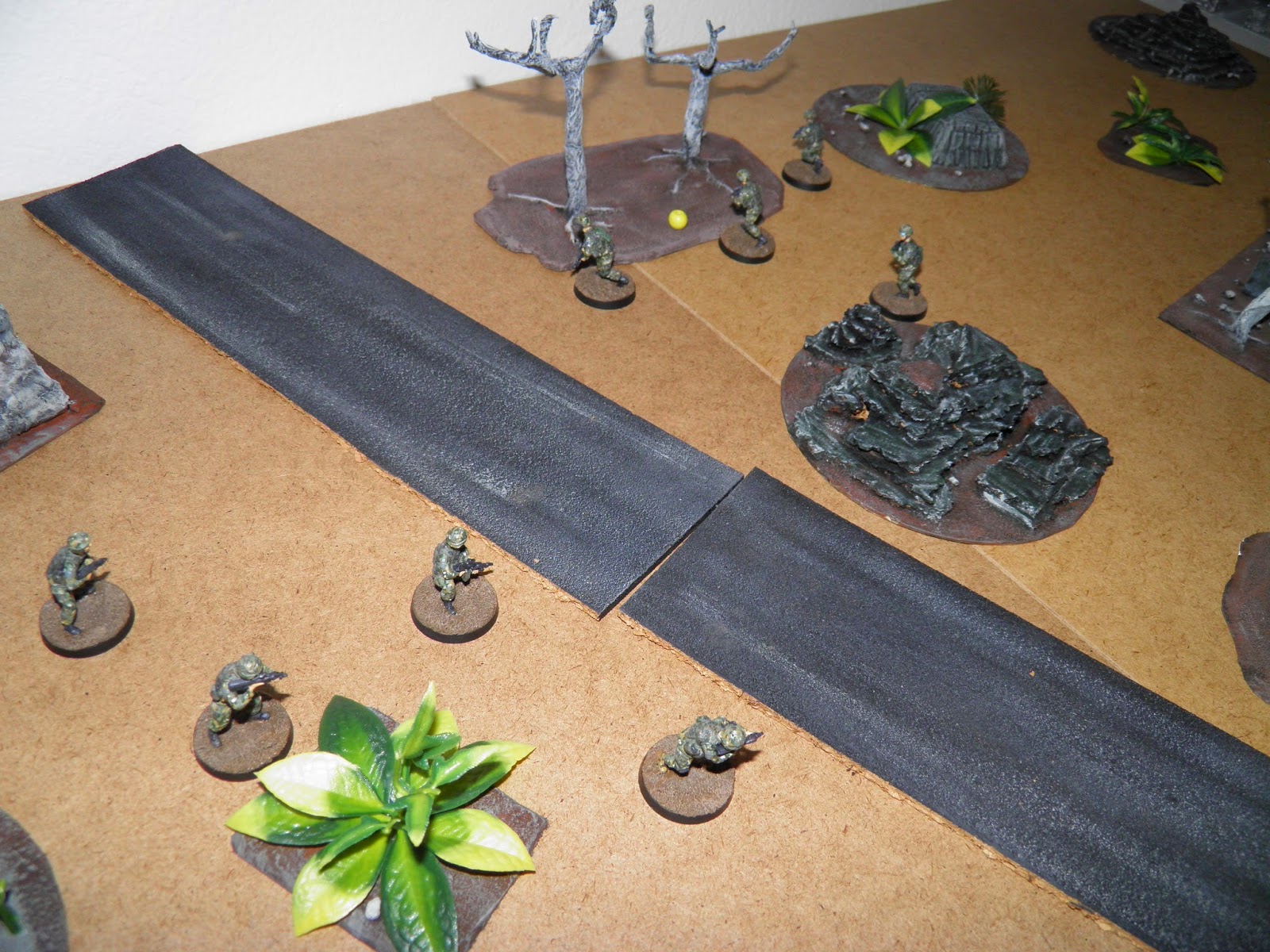 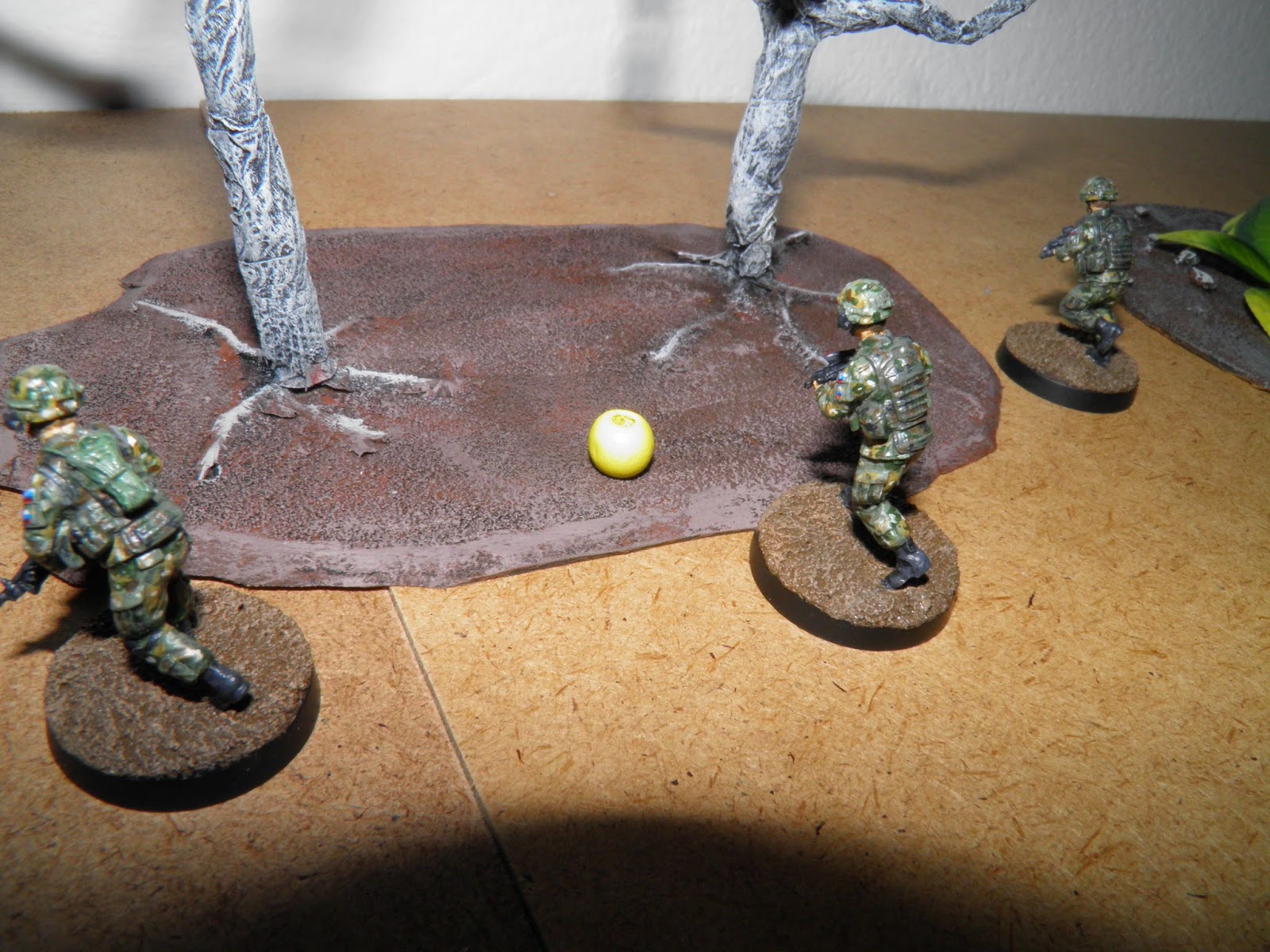 TURN 10 and 11
Fireteam Ankaran found the insurgent they were looking for and cuffed him. They reported the situation to command and started moving towards the roadblock to head home. 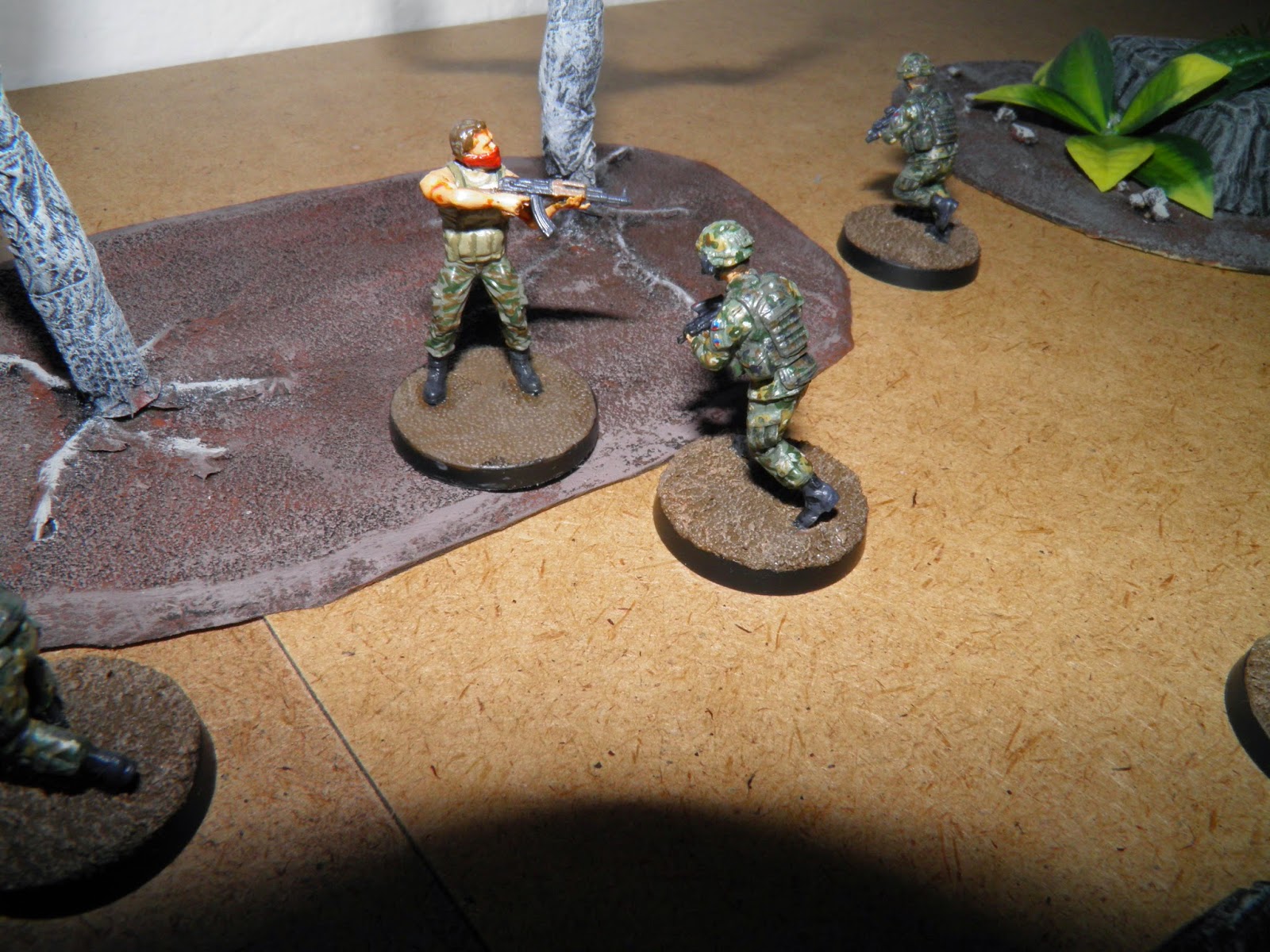 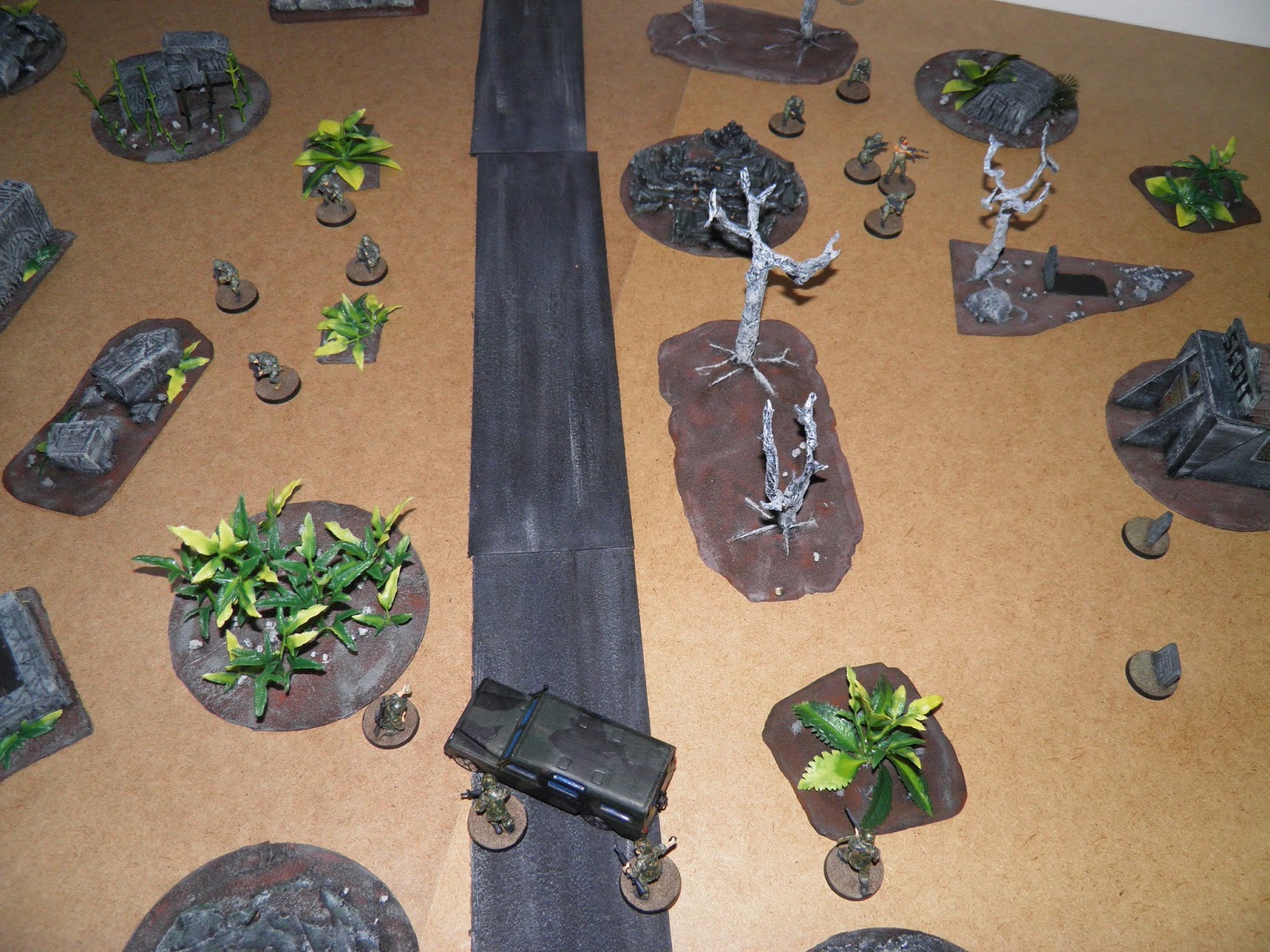 TURN 12 - event!
While Slovenes were returning to the roadblock with their prisoner, a small car arrived down the road and was stopped by the troops at the roadblock. Elderly pair inside was kindly explained that a search will have to be preformed because of the rebel activity in the area (search stops on roll of 5+). 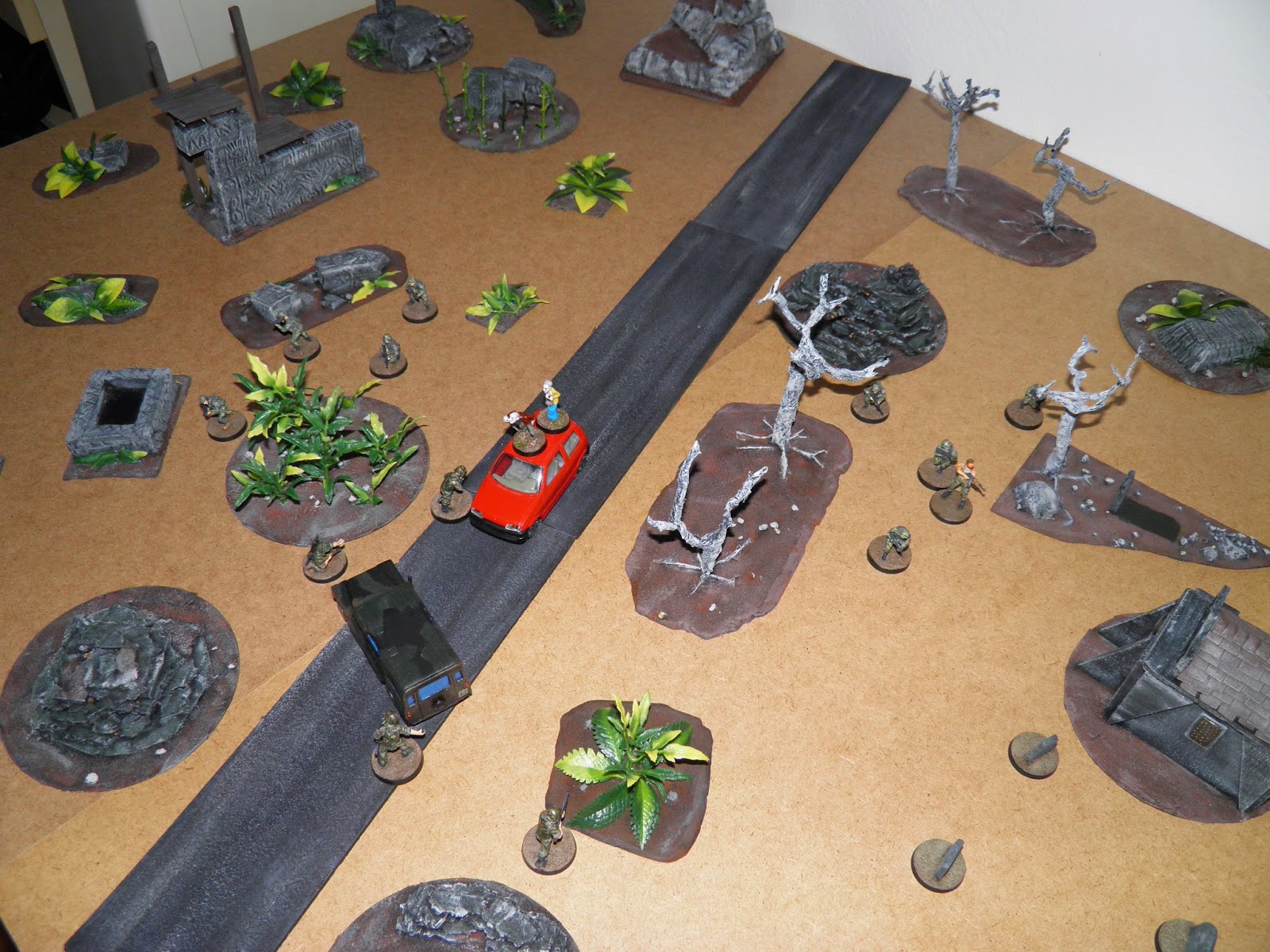 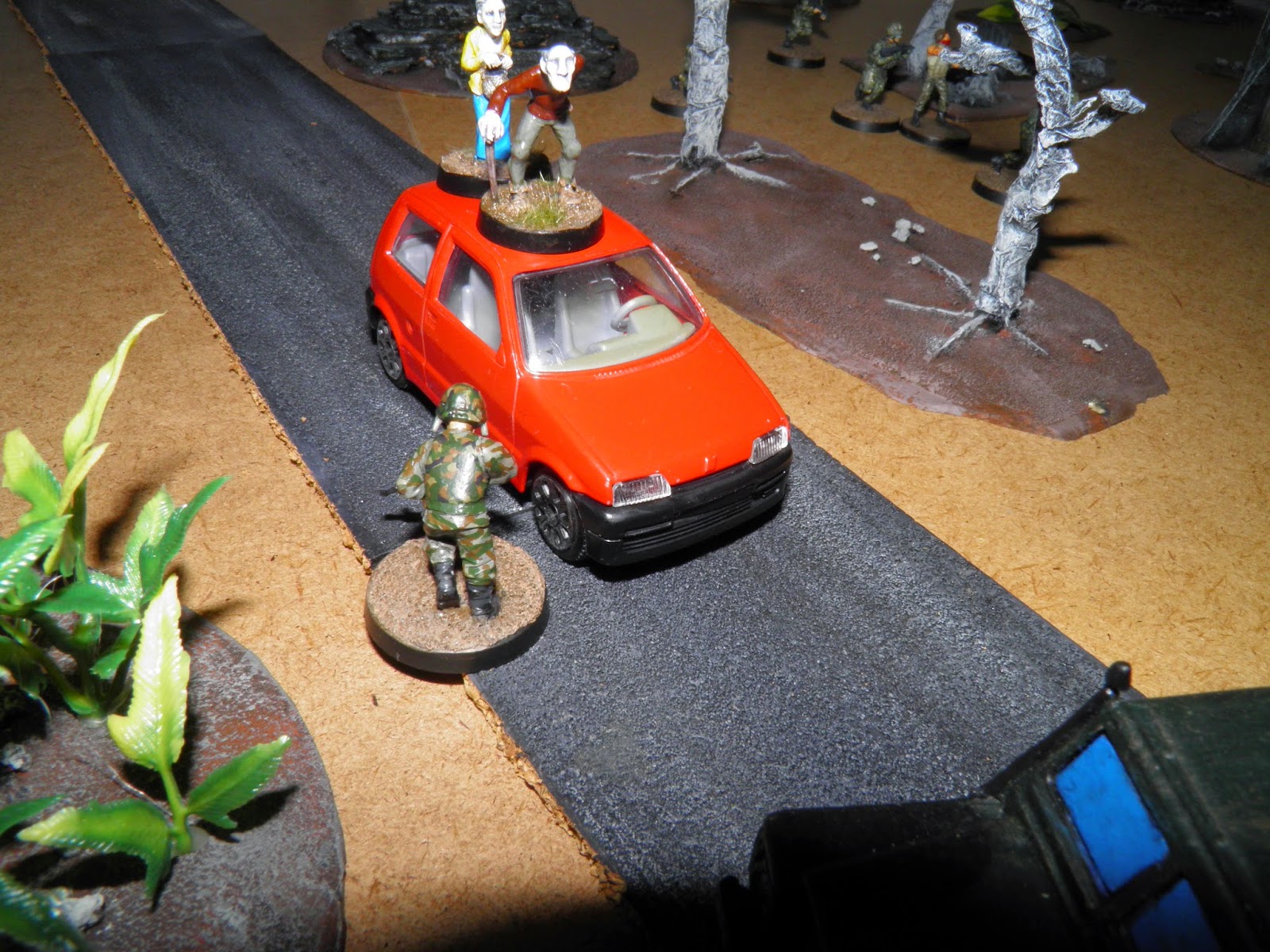 TURN 13
Due to cooperation of the two civilians, the car was searched very fast. Nothing much happened, team Bled already reached the roadblock and team Ankaran is not far from it. 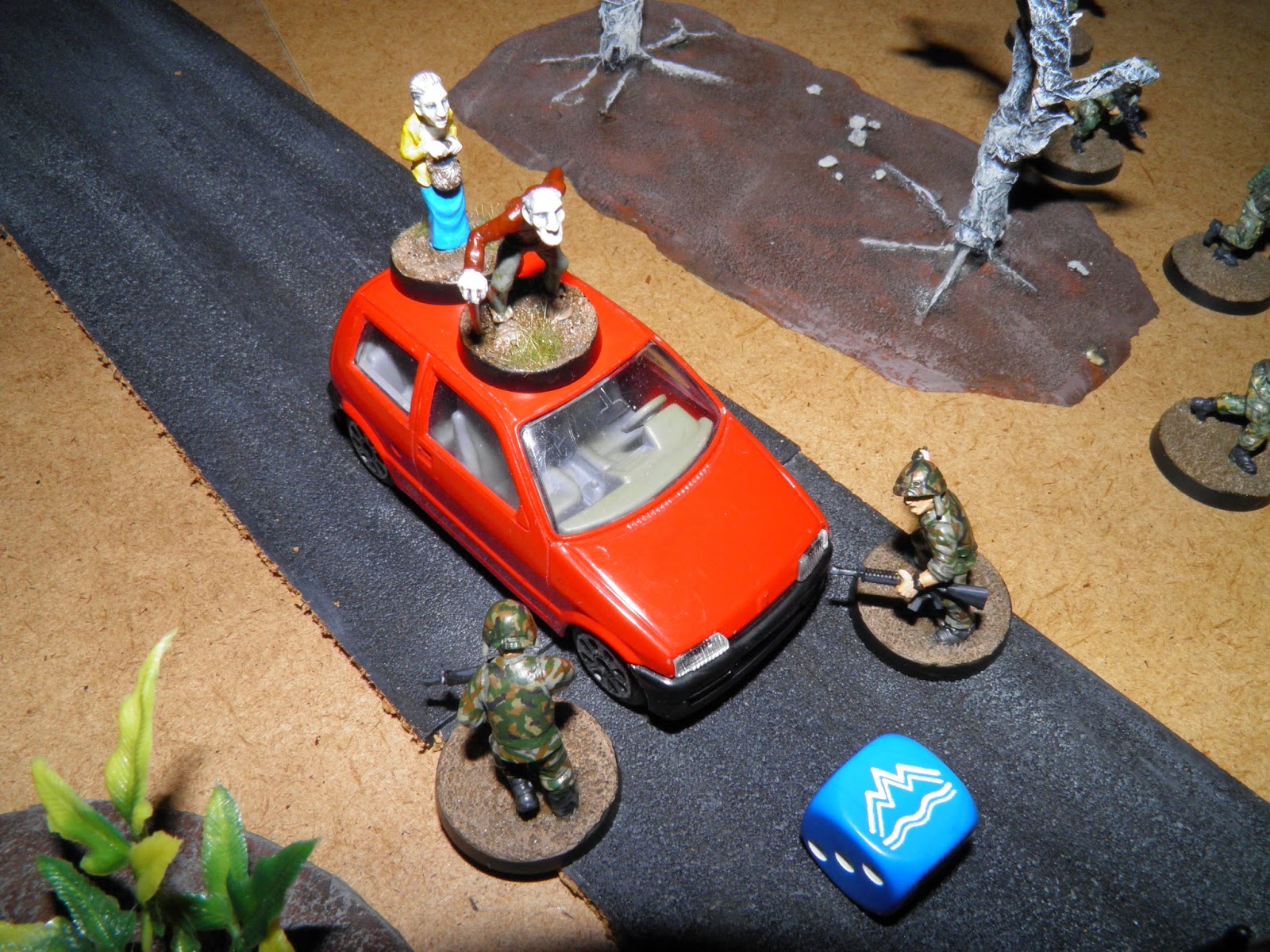 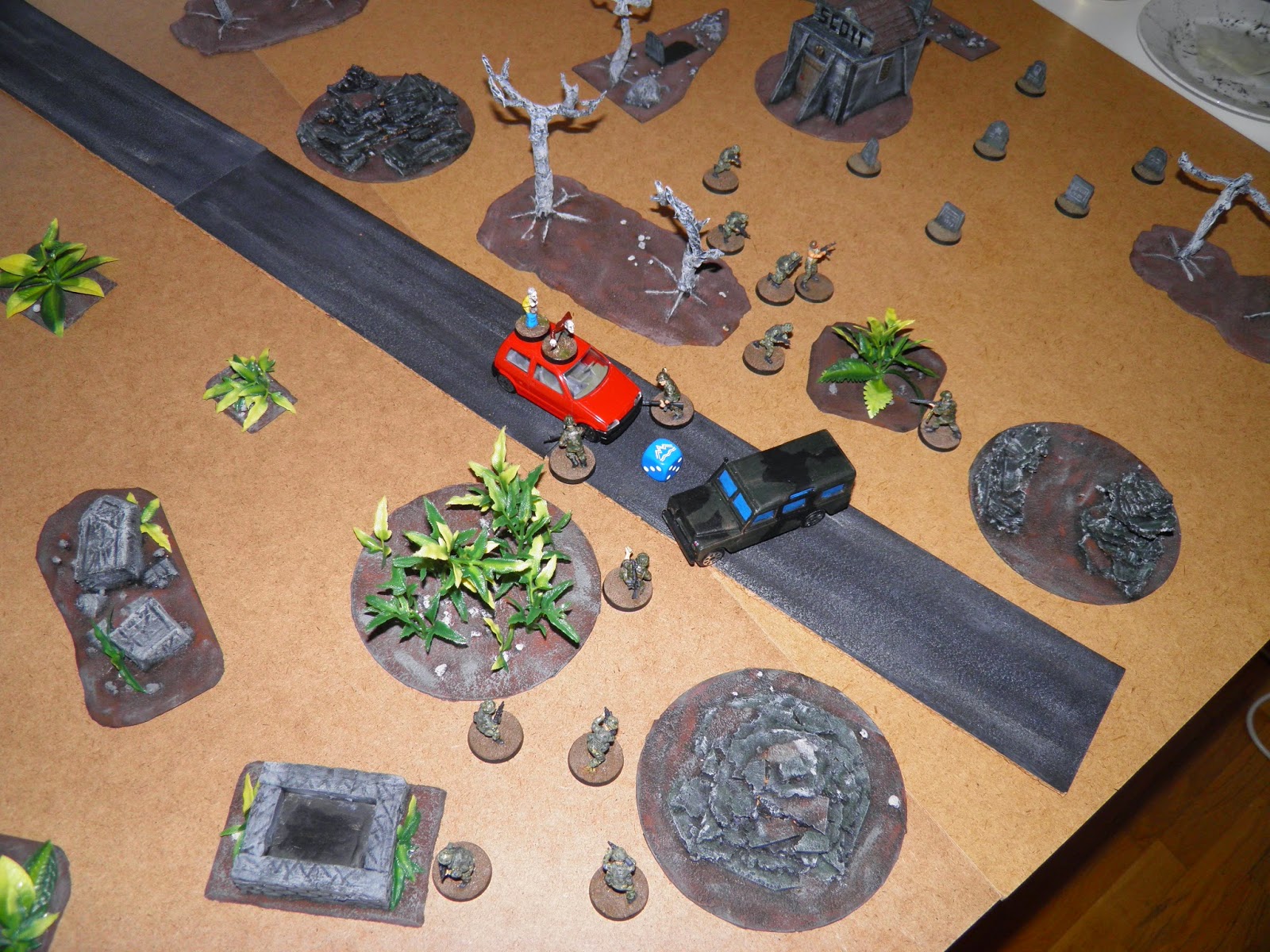 Saw no events, so I called it a day.

When I was mid-game I started thinking I was speeding up too much, as fire teams should stop at the search point, search it next turn and only move the turn after, while I played so that they searched it and moved on in the same turn. This would buy me some more rounds for event I was hoping for, but I decided not to restart the game and just go on with it.
While the game saw even less action than the one I played last time, the capture of the rebel gave me a chance to play a bit more action oriented game where the international forces could be either ambushing a high ranking rebel or even attacking a rebel base in urban or forested area.


I wish I'd put more time into playing the game, but I have to say I quite enjoyed playing it nonetheless, I like the random factor where things could go much worse if I would roll for the rebel attacks instead of the events I rolled for. I think this unpredictability is what makes solo gaming a lot more interesting than a brutal team deathmatch.

I am interested in hearing any ideas for the continuation of campaign!

Thanks for looking,
Mathyoo
Posted by Mathyoo at 12:36 13 comments:

Nothing got done hobby-wise in the last week unfortunately. I was on another short trip to Italy with my dad, however, and we visited an Alpini (Italian mountain troops) museum in Bassano del Grappa (named after Monte Grappa, where Entente stopped Axis advance after the battle of Kobarid/Caporetto).

Bassano is a pretty unfortunate city and saw battles in Napoleon era, WW1 and WW2. The most prominent feature is it's bridge: 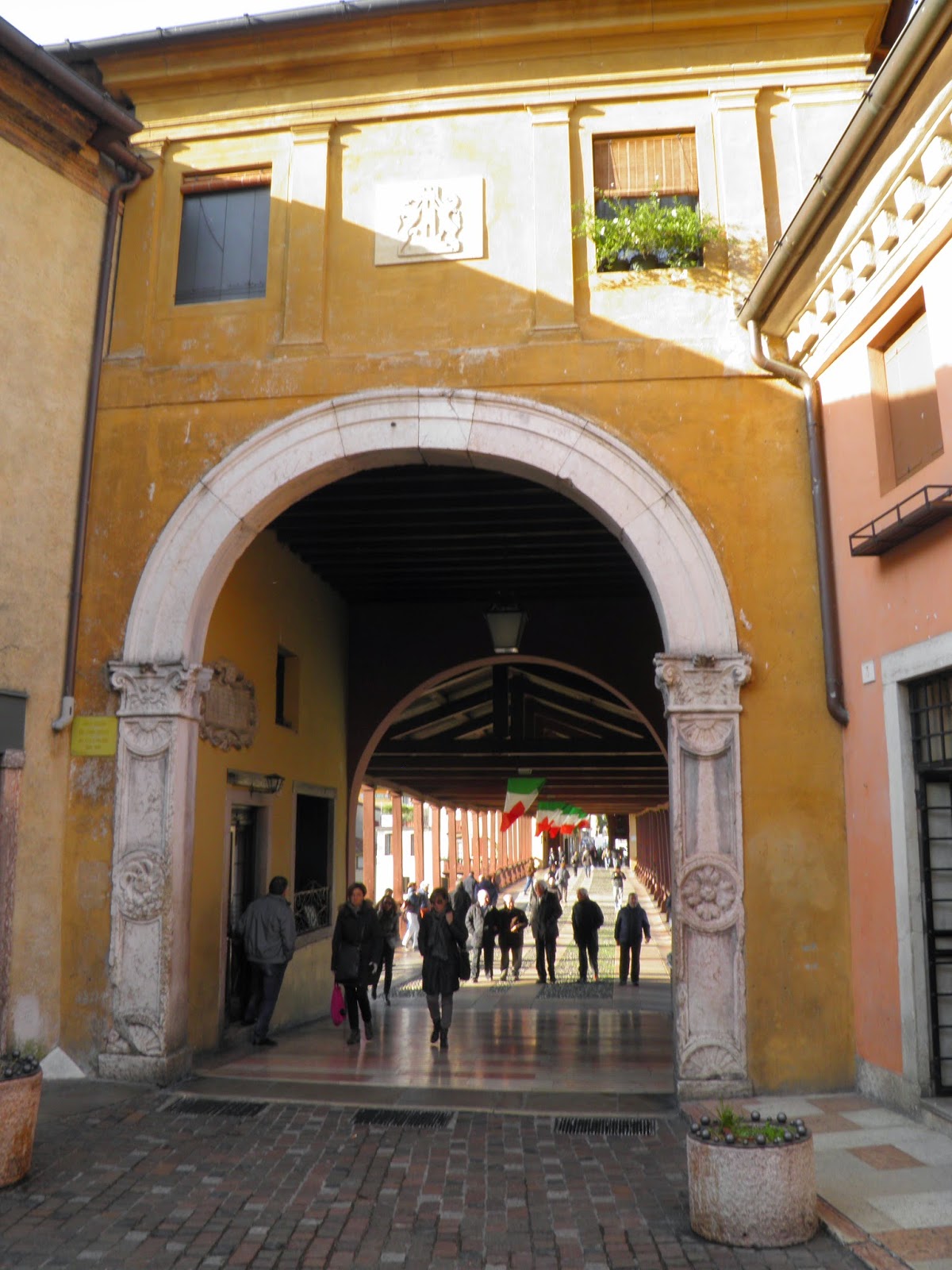 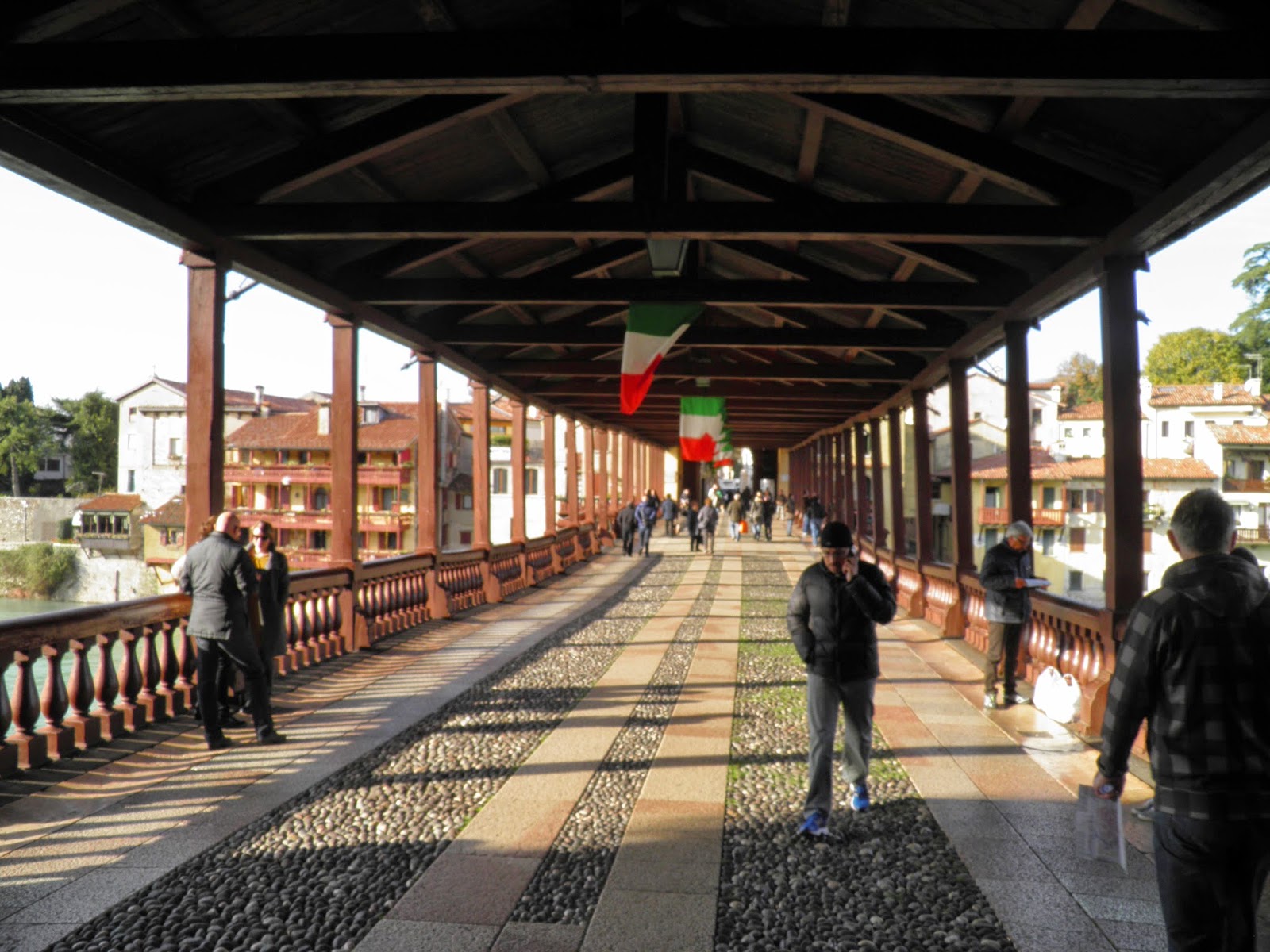 You can see some bullet holes on the houses on one side of the river: 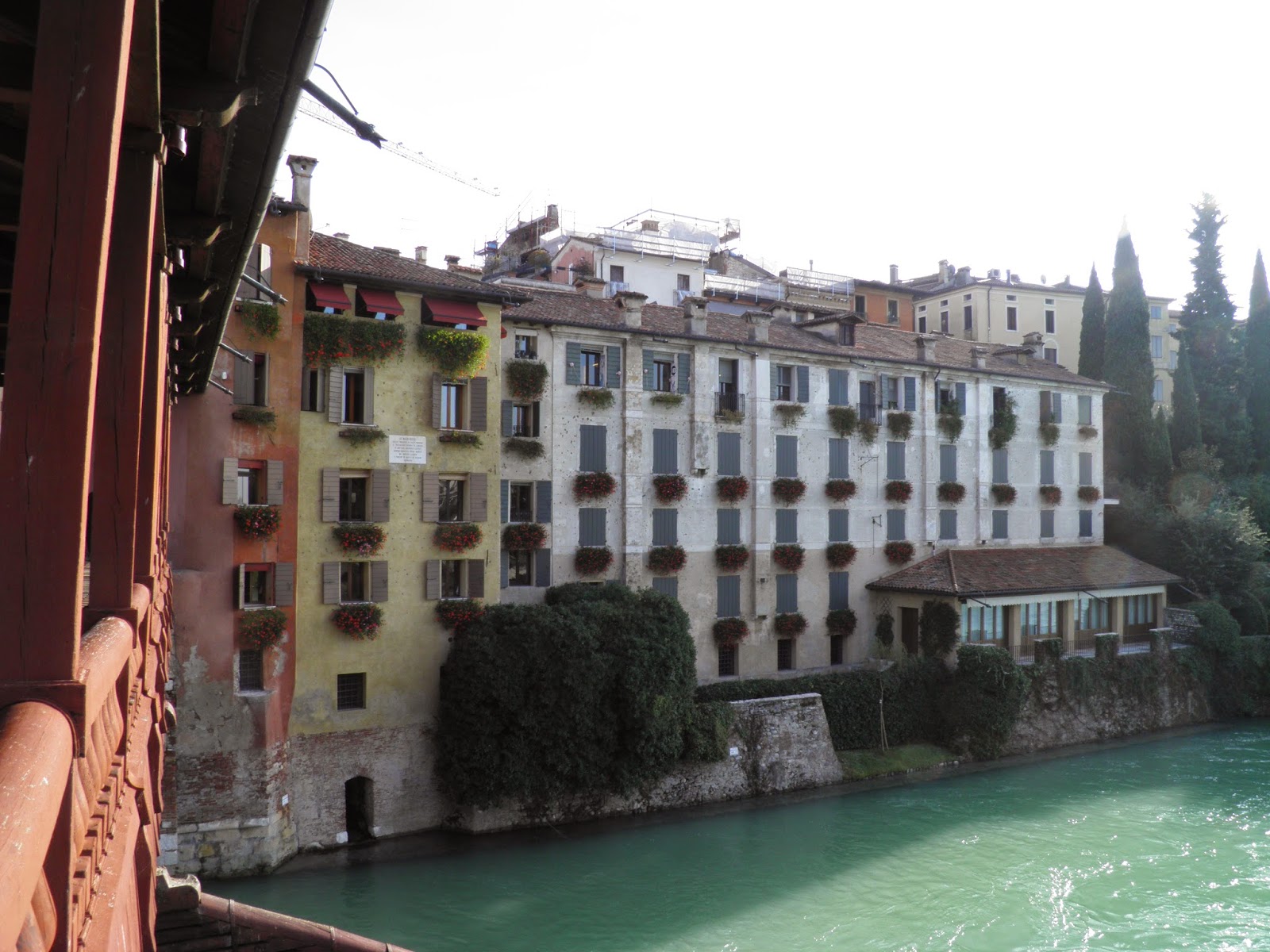 Museum only holds a small collection and is accessible through a pub (clever, eh?) 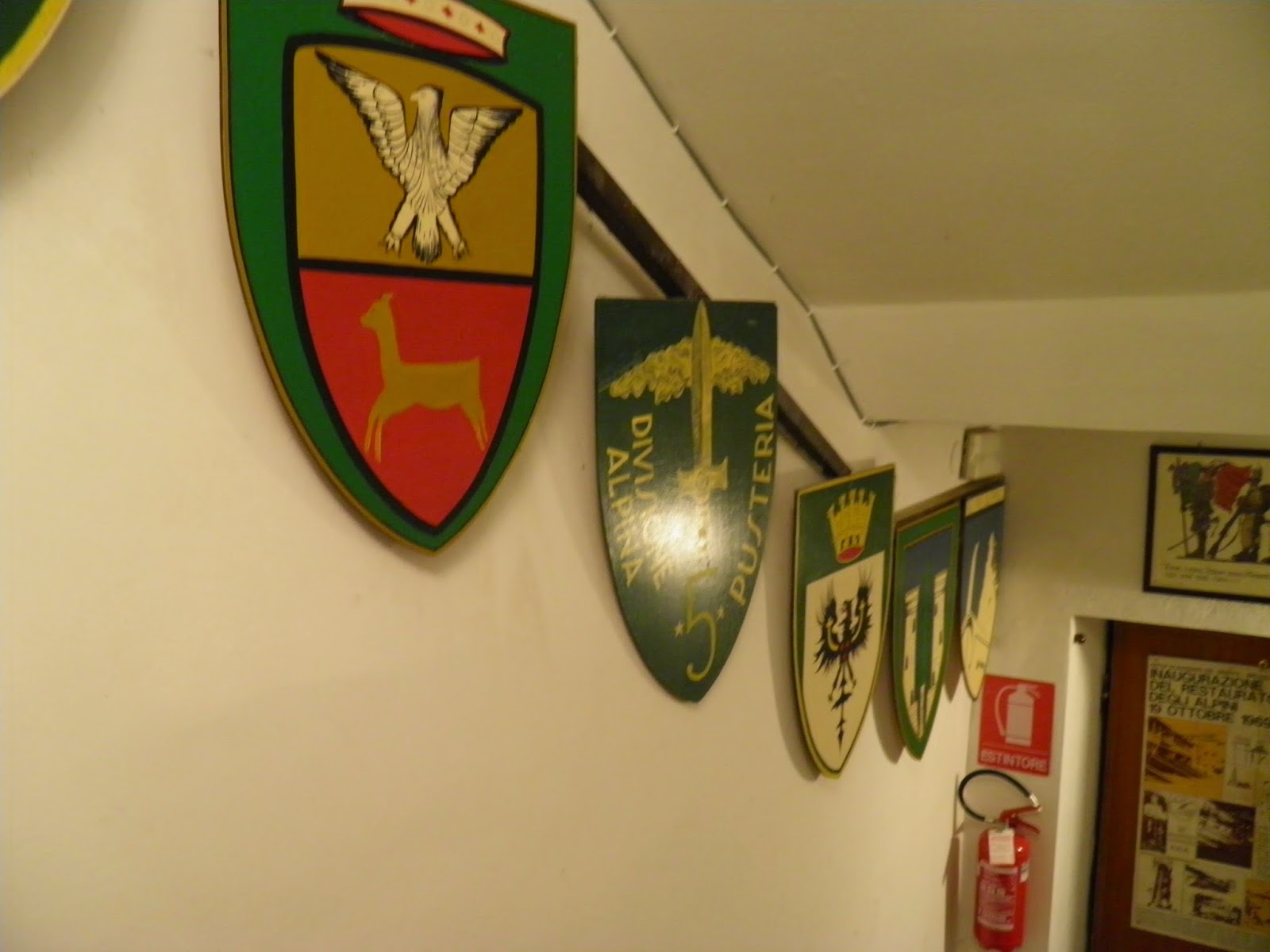 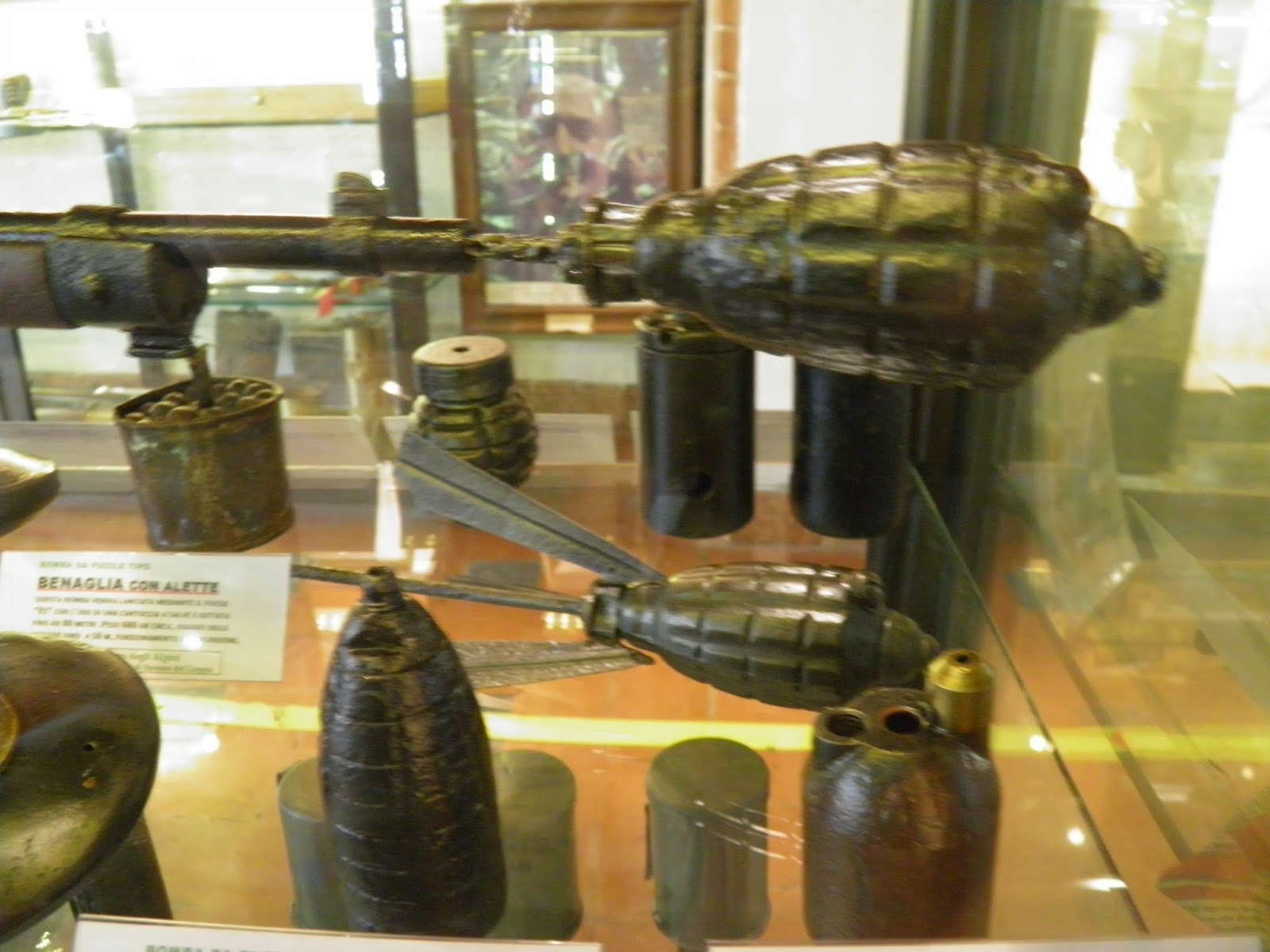 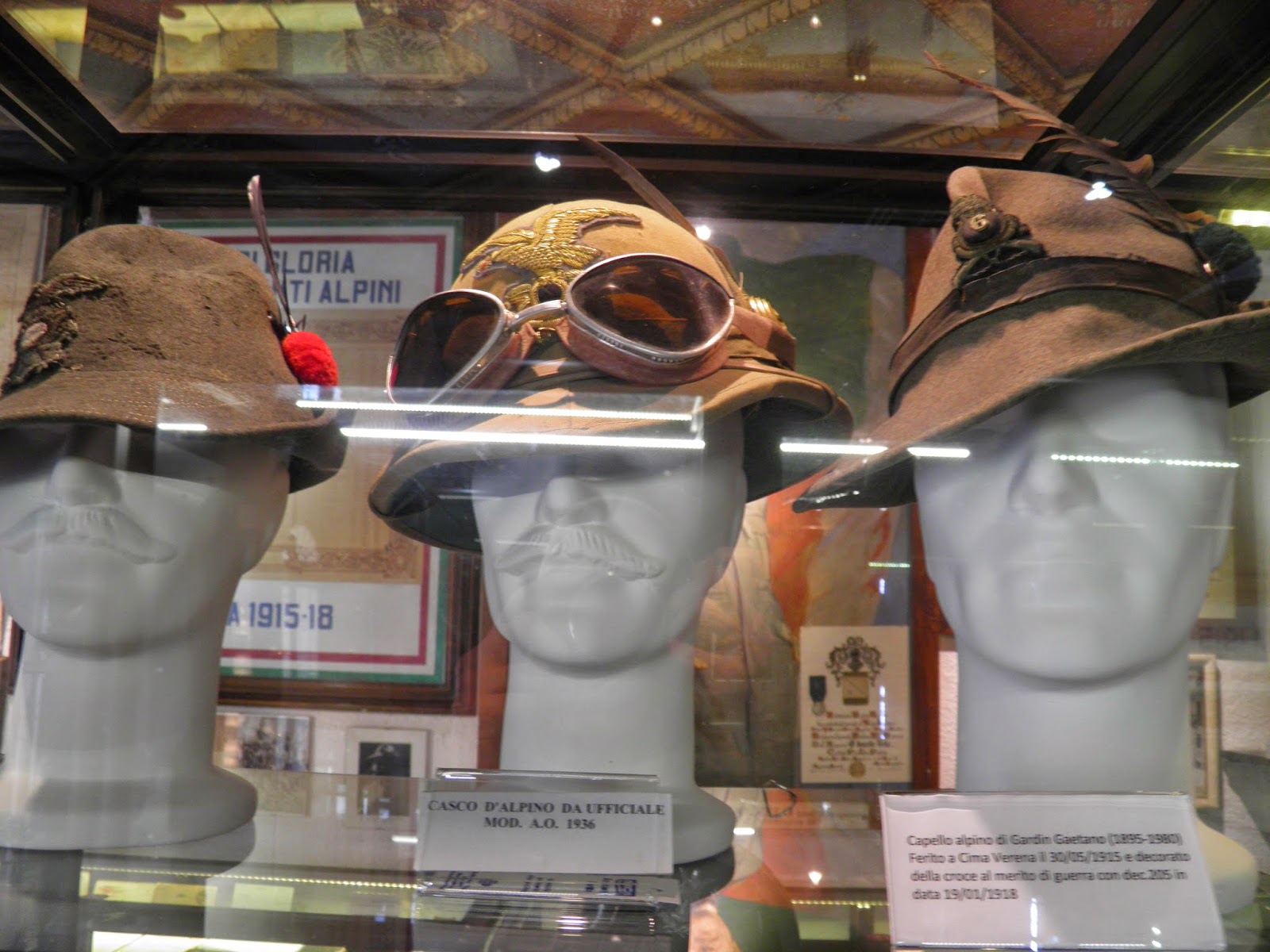 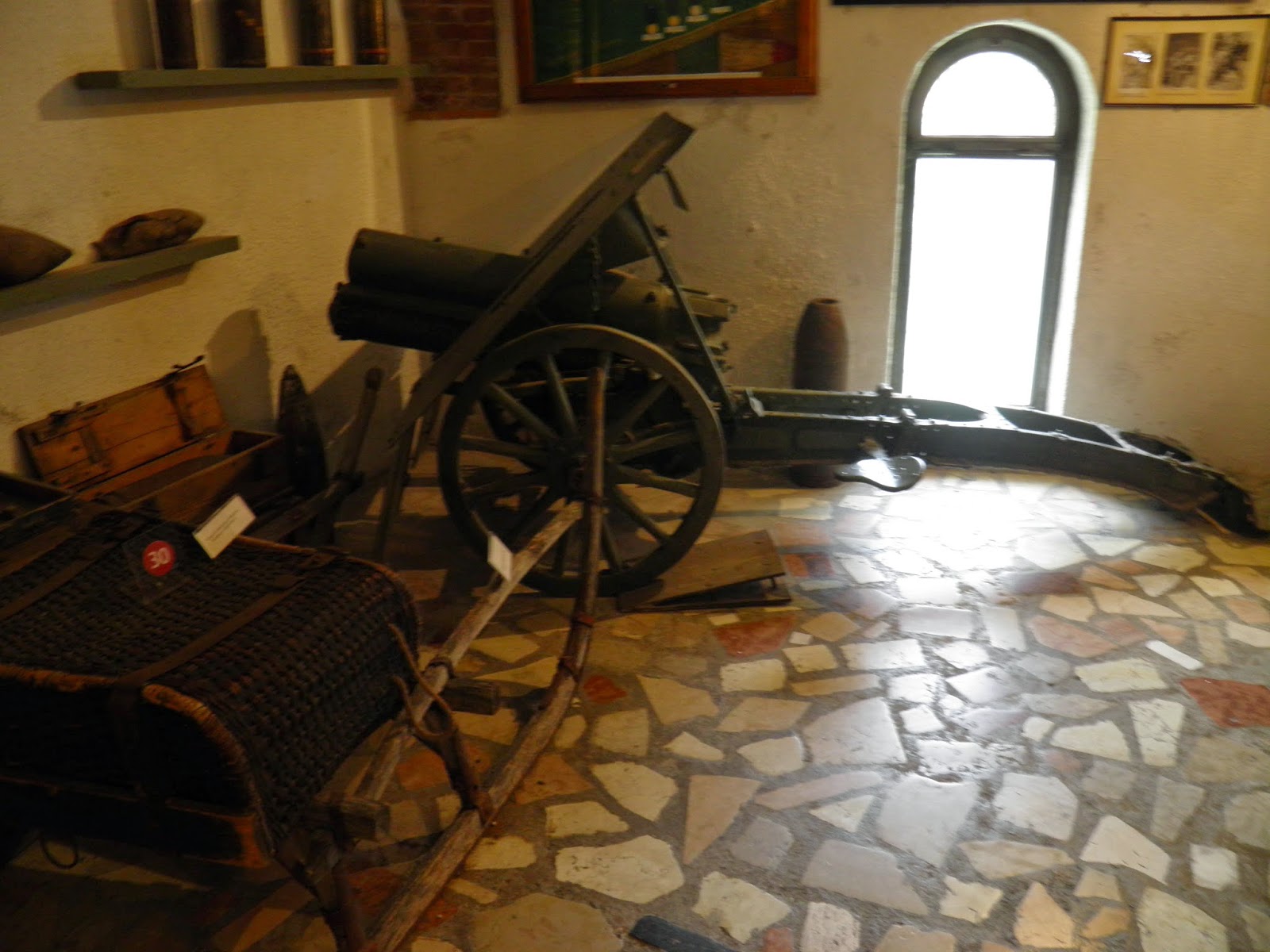 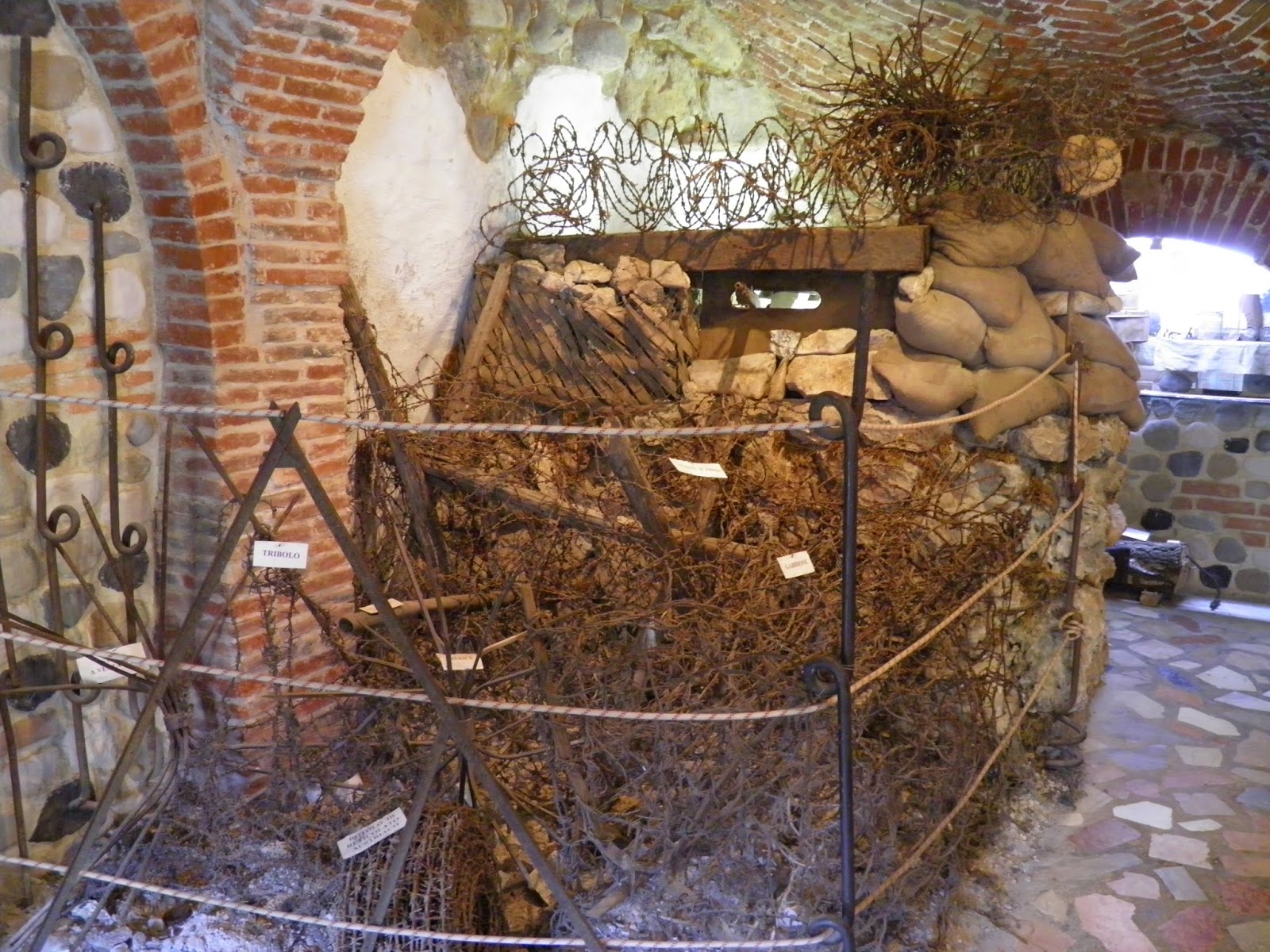 This is it for today and I will hopefully find enough time to play a game by next week!

Thanks for looking,
Mathyoo
Posted by Mathyoo at 15:31 15 comments: