I never thought I would be having trouble posting even every fortnight (especially as I started this blog convinced that I can post twice a week!), but so it happens to be at the moment.

I have put my hobby on a side track, as if this weren't enough my greenstuff went bad! I have still managed to do some work on both my last 4 modern soldiers and some Warlord Celts I bought a while ago. I am turning them into Dark age warriors for my Dark age/Fantasy project.


Below are the four moderns. I wanted to do "something more" with the Radioman and I am turning him into a JTAC (basically an air support coordinator) - instead of simply replacing his rifle, I've strapped it to his backpack and I am modeling a fancy binoculars with distance measurer and whatnot. It is taking me way longer than it should, but well - small steps.
Following are a medic and two squad leaders, they are more or less finished, but need to be based. 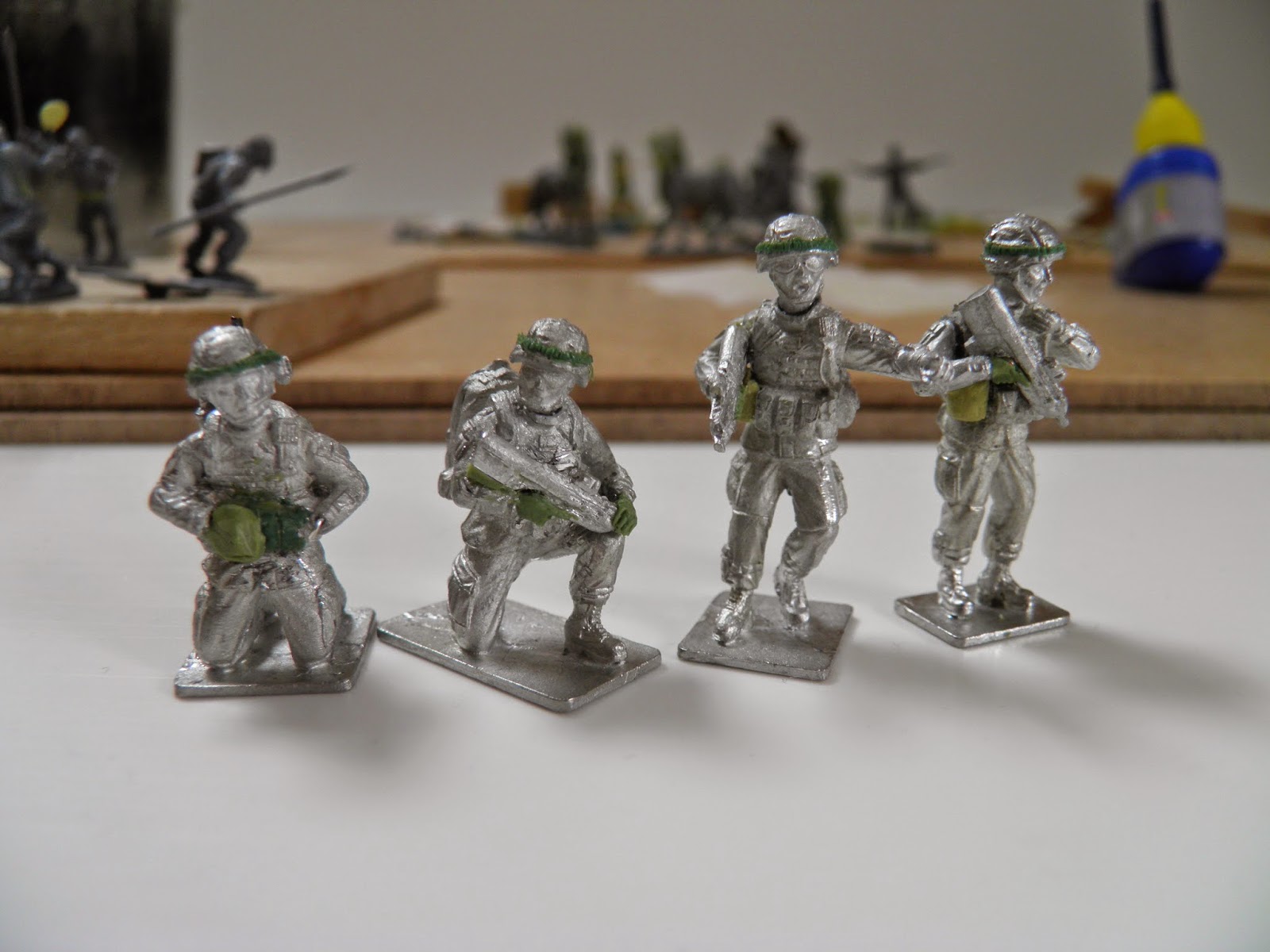 I started working on my Dark age fantasy a while ago, but not until now I started working on the heroes. I am using Celts, but mostly to try some things and I will probably buy a box of plastic dark age warriors or vikings in the future. More on them when they will be finished, but they have an assortment of weapons and a standard bearer. 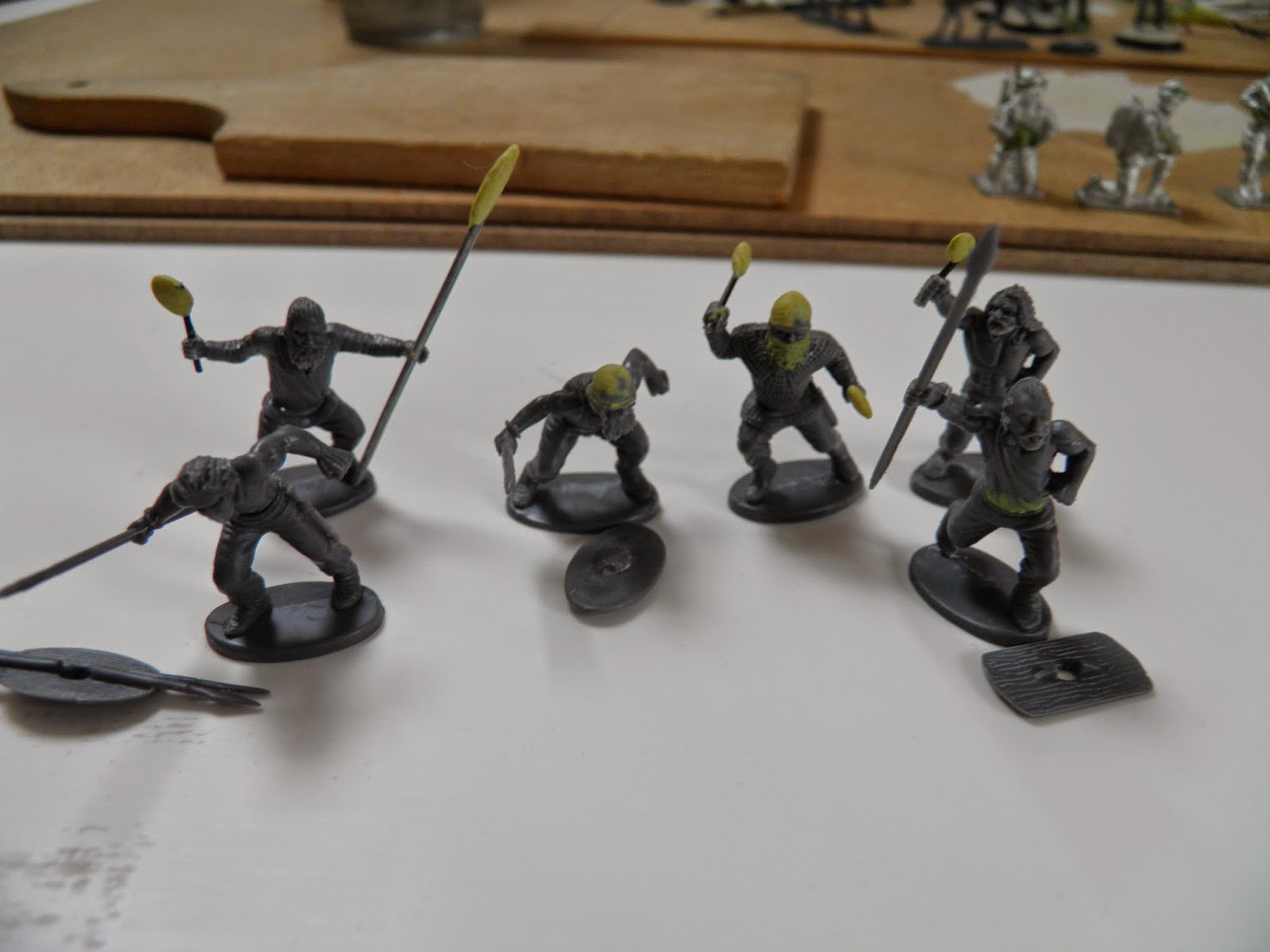 Thanks for looking,
Mathyoo
Posted by Mathyoo at 13:39 20 comments: